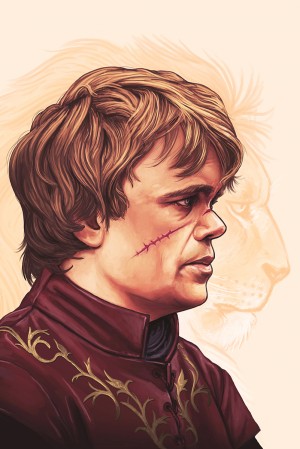 Austin, TX— Monday, February 25, 2013 — Mondo, the collectible art division of Alamo Drafthouse Cinema, is partnering with HBO’s Game of Thrones for a poster series and gallery event running March 8 – March 14, 2013.  The gallery will be open to the public on March 8 from 7:00 – 10:00pm with regular hours to follow for the show’s duration.  The Mondo Gallery is located at 4115 Guadalupe St. in Austin, TX.

Last year, Mondo and HBO’s Game of Thrones collaboration at San Diego Comic-Con was a huge success and this series takes that partnership to the next level with a wide range of spectacular original works and poster art from dozens of Mondo’s world renowned artists including Craig Drake, Daniel Danger, Jason Edmiston, Horkey, Jock, Phantom City Creative, JC Richard, and Ken Taylor. This special gallery event will also launch a Mondo poster series for the acclaimed HBO series, with 8 limited edition screen prints that will be available for purchase.  The exhibit will feature the first two posters in the series along with original fine art. Following the gallery exhibit, two posters will be released digitally each week leading up to the Game of Thrones Season 3 premiere on March 31, 2013.

“Game of Thrones is a favorite of ours at Mondo.  The gallery event is intended to honor the show’s attention to visual detail and the beautiful world that George R.R. Martin has imagined and series creators David Benioff and D.B. Weiss have brought to life. After the success of our San Diego Comic-Con initiative with HBO in 2012, we thought this was a perfect fit.  We hope the fans feel our work has done justice to the show,” says Mondo CEO Justin Ishmael.

The gallery event will also see the premiere of Brewery Ommegang’s new Game of Thrones beer where attendees, 21 and older, will be the first to taste the new beer.  Launching in tandem with the season three debut on March 31, Iron Throne, a Blonde Ale, is the inaugural beer in the series and the result of a creative partnership between Ommegang and HBO.  The collaboration is focused on developing unique beers that tie into themes and nuances of the medieval-like fantasy realm of Westeros. Iron Throne is a delicate, but piercing Golden Blonde Ale with Noble hops, a nod to having a Lannister currently on the Throne.  The beer will be nationally available on draft and in 750ml bottles, for the suggested retail price of $8.50 per bottle, beginning in mid to late March and will be followed by the launch of additional beers.