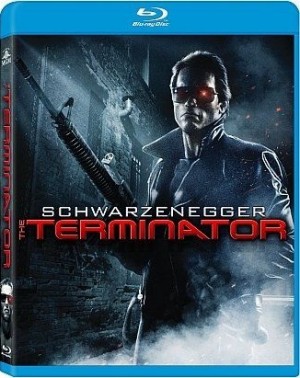 In 1984, The Terminator was a relatively low budget ($6.5 million) action-adventure film starring Arnold Schwarzenegger, hot off Conan and Linda Hamilton pre-Beauty and the Beast. Written by James Cameron and Gale Anne Hurd, it was a fun little science fiction film of a potential future that needed to be avoided. Things blew up and Arnold stoically told a cop and the audience, “I’ll be back.” No one knew at the time that the film would trigger such an enthusiastic response, giving us sequels, comics, novels, and a television series. Suddenly, SkyNet, John Conner, Sarah Conner and the Terminator T-800 model would become a part of the social fabric of pop culture.

It also got Cameron sued by Harlan Ellison, who successfully argued that the story lifted a lot from the classic “Soldier” story penned for The Outer Limits.

Little wonder then, that when Blu-ray discs started showing up, it would be among the first from Sony in June 2006. Since then, it periodically gets dusted off, cleaned up, and rereleased, most recently in 2011.  Now, 20th Century Home Entertainment assures us the latest edition, out now, is “the ultimate high-definition experience”.

Looking back, the film feels small, just as it did then, hinting at the apocalyptic future and tossing around concepts and elements that would be explored later. This was all about Kyle Reese (Michael Biehn) traveling back in time from 2029 to find and protect Sarah Connor (Hamilton) from the android killing machine. We’re told the machines have taken control of the world and humanity is fighting for relevance and survival. Connor, a single waitress will give birth to mankind’s salvation. Also in the mix are police detectives Lt. Traxler and Det. Vukovich (Paul Winfield and Lance Henriksen, respectively), trying to stem the mayhem.

The film is definitely a product of the early 1980s as seen in the wardrobe and hair styles, but that makes it all the more charming in some ways, when 2029 seemed so awfully far away.

The Terminator‘s transfer compared with the 2006 release shows that a fine improvement with better contrast and black levels so the film’s visual clarity is superior. The film, surprisingly, was shot with a mono track so only so much can be done to improve what was there so Cameron went back and remixed it later. And it is that soundtrack in DTS-HD MA 5.1 that we find yet again.

Included on the disc are special features matching the 2006 release: Deleted Scenes, the short piece on Creating The Terminator: Visual Effects & Music, and Terminator: A Retrospective. The fun pieces that were included in the 2001 DVD version, such as the Other Voices documentary, remain AWOL, meaning this is not quite “ultimate’ at all. Still, if you don’t have it in your library or have not seen this in a while, the new edition is well worth your time.