More Will Eisner Films on the Way 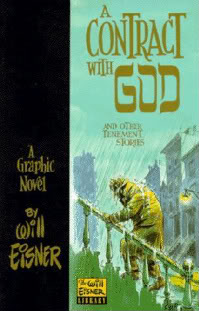 Will Eisner’s seminal comic book series The Spirit is on the way to theaters, adapted by Frank Miller. And it looks like more of the legend’s creations could be following.

Wired has the news that Creative Artists Agency picked up the rights to Eisner’s estate and will push for more movies based on those books, including A Contract With God.

CAA, a heavyweight talent handler that represents Steven Spielberg, Tobey Maguire, Cameron Diaz and scores of other A-listers, will be pushing for movie adaptations of Eisner titles as a result of the deal, which was announced last week. Eisner comics that could make it to the silver screen include A Contract With God and Other Tenement Stories, John Law, Lady Luck, Mr. Mystic, Uncle Sam, Blackhawk and Sheena.

Eisner died in 2005. Widely credited with helping establish the graphic novel as a respectable art form, he was honored in 1988 when Comic-Con created the Will Eisner Comic Industry Awards to recognize cutting-edge comic book talent.