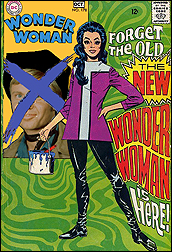 I guess the angels were scratching their heads real hard, and so when I awoke yesterday there was three feet of white stuff all over everything. It’s still there, mostly, except for the streets, where our tax dollars have been at work, and the driveway where a nice man who didn’t ask for a king’s ransom shoveled it off.

I like it when the angels scratch their heads, except if I have to go someplace or the electricity kerfutzes, which it did during the recent hurricane – angels blowing out birthday candles? – and then the angelic behavior is plenty vexing and old folks have to seek shelter in hotels and if you think that’s easy to find, you’ve never sought shelter after a big wind!

I guess this is why some folks who have reached or exceeded their three score and ten choose to reside in places like Florida. You know – beaches on both sides of the state and plenty of sunshine headin’ their way, zippety-doo-dah.

Florida has the reputation of being paved with greyheads, but the last time I was there I saw more young than old. Maybe it helped that I was attending a comics convention. But I remember a movie in which the main characters were twenty-somethings who ended up in Florida. (Okay, one of them didn’t quite reach his destination due to dying en route.) I have to thank my man in another sunny locale, Ken Pisani, currently residing in Southern California with the lovely Amanda, for informing me that I have a small participation in the flick. Very, very, very small.

In the brief clip Ken sent me, Jon Voight is riding in a bus next to a little girl who’s reading a comic book – that I wrote. It’s one of my early Wonder Woman issues (though, come to think of it, arguably there were no later Wonder Womans by me because I didn’t last long on the title.) Well, golly!

I saw the movie, Midnight Cowboy, during an early run, probably the first and probably at a Times Square theater – one of the classy ones on Broadway, not one of the stick-floored grind houses on 42nd Street. But I don’t remember the bit with the comic book and that’s curious because I was still close enough to my Catholic boyhood to be aware that the film was considered to be…you know, smutty. Near occasion-of-sinny. And I sure as hell(?) wasn’t used to seeing my work anywhere except on newsstands and in editorial offices. I would have reacted and having reacted, I would have remembered.

But I didn’t and I’ll worry about that as soon as I deal with global warming and the legal implications of drone warfare.

Oh, yeah. Later today, Marifran will be reading this blather off the computer and when she gets this far, I’ll be wishing her a happy birthday.