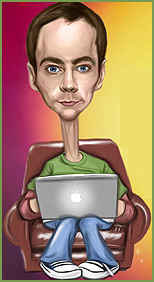 Welcome back everyone. It would seem that last week I ignited the Internet ablaze by admitting I’d not seen “Wrath of Khan” until the week prior. The fine people folks trolls at Fark.com labeled me an ignorant dork. Ignorant of what I don’t know. Dork? Agreed. But then one of the feistier folks in the thread scoffed “I bet this guy loves Big Bang Theory.” And it’s pretty clear that’s an insult.

Now, let’s be absolutely clear: I like the show. I don’t profess to say it’s anything more than exactly what it is, a network sitcom. And amongst it’s pre-taped, live audience laugh-track, script-by-way-of-a-writers-room brethren? It’s on par, or maybe slightly better at times, than the rest of the dreck it sits with. No, an episode of BBT will never be regarded as a game-changing piece of television. But when did it ever have those aspirations? Anyone who took time to watch more than five minutes of the show would realize that it’s cut from the same cloth as all other inoffensive PC drivel. To think that it somehow had the ability to rise above that line is a thought shared only by people whose optimism borders on the terrifying.

With all that being said, let me lament again: I like the show. Quite a bit. The show celebrates a culture I myself am very much a part in. The fact that between the traditional tropes, I’m getting legit winks and knowing nods to characters, stories, and knowledge only really appreciated by a subset of society is a boon. Just this past week, the ladies of the cast had a subplot about reading comics and getting into arguments about them. Could anyone here tell me 10 years ago we’d predict we’d have a popular television show that contains characters who argue over the semantic properties of Mjolnir? Moreover, would you then say that said argument would actually be qualified as “nerd-worthy?” Well, if you’re raising your hand, then your pants are on fire.

For those naysayers out there, and I know there is a rising crowd of them, I beg you to truly mull over the gripes you’re bringing to the table. The big one? “Big Bang Theory is offensive to nerds!” OK. Well, guess what, Internet? I must have not received my invitation to the official nerd message board where I would make my vote. I certainly must be amongst your ranks. I own unopened toys. Long boxes. DVD box sets of defunct cartoons. I know the frame count of Ryu’s hadoken and why being several frames shorter than Ken’s makes it a more effective special move in Street Fighter 2 Turbo. Certainly if that doesn’t allow me access to the secret nerd cabal, I don’t know what will. To imply that the show, which again is a mainstream situation comedy, is offensive to nerds is offensive to me.

Is it offensive because the laugh track is cued up to moments that laugh at the main characters’ foibles instead of celebrating them? Perhaps it is. Or perhaps it’s a motherfarking laugh track, meant to usher the masses towards the guffaws. And guess what, internet? The fact that Howard Wolowitz admits to playing D & D is in fact funny to the uninitiated. Did I laugh when he said it? No. But then again, I didn’t get up in arms because the people in the studio audience did.

Nor did I sound the flugelhorn of justice when the same jackanapes chortled over Leonard getting picked on, or Sheldon doing just about anything on the damned show. Simply put, the show is aimed squarely at the lowest common denominator. To bemoan this fact is to hold a mirror up to every other sitcom in existence and shake your fist in anger. You can then join your true brothers in arms – the offended handy men who watched Home Improvement, the spiteful OB-GYN’s and jazz musicians in a murderous rage over The Cosby Show, and of course the bewildered radio psychiatrists aghast over Frasier.

The fact is Big Bang Theory caters to the median pop-culture nerd. The person who is vaguely aware of comics, Lord of the Rings, and perhaps Doctor Who. The show was built around the predictable notes of countless other shows before it; all of which can be explained. To think that we as a counter-culture are owed a TV series that doesn’t laugh at us, but with us… need only look to all the shows we’re already watching. Doctor Who, Toy Hunter, Star Trek, Battlestar: Galactica, Face/Off, Adventure Time, and so forth. Simply put, there’s already a boatload of shows that cater to us as a culture. Stop crying over the one that dares to poke at us for being dorks. As they say: let your freak flag fly. Maybe even laugh once in a while.

The way I see it, Big Bang Theory is plenty nice to the main cast the haters feel are nothing but forever picked on. Over the course of several seasons, Leonard (and Raj) have boinked Penny, Howard has gone to space and found love, and even Sheldon has found a partner. And sure, the audience has had their fair share of yuk-yuks over the boys’ failure, but to imply that the show is anything but loving of their stars is laughable at best. And for those who would say that the show is somehow regressing the nation to hate the geeks, dweebs, nerds, and dorks of the world… I offer a shoulder to cry on. There there, it’s O.K. I know it hurts when the big bad jocks push you into your locker, citing that they wouldn’t do it, had it not been for last night’s episode. Wipe those tears off, nerdlinger!

Because if TV sitcoms have taught me anything? It’s that it’ll all be forgotten next week.