MARS MCCOY BLASTS OFF INTO COMICS! 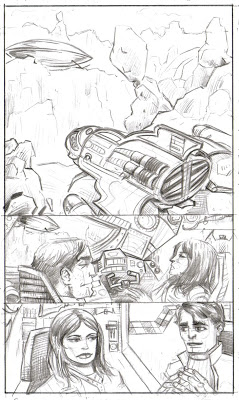 New Pulp Publisher Airship 27 Productions has announced their 2013 Mars McCoy Space Ranger plans. The second volume of the pulp prose anthology series featuring the character will be available in early 2013 as well as in comic books. There is an 8 pg. Mars McCoy comic strip in development written by Mike Baron with art by Eric Hurley, as seen above.