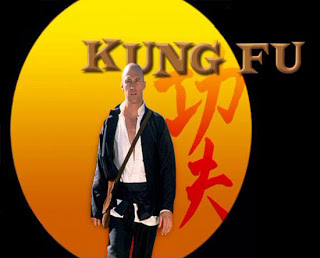 According to Deadline (http://www.deadline.com/), Actor/Director Bill Paxton is in talks to direct Kung Fu, a screen adaptation of the classic 1972 TV series that starred David Carradine. Paxton, who’s coming off a run in the HBO series Big Love, gets the job after helming two solid films: Frailty and The Greatest Game Ever Played. John McLaughlin will write the script. The film’s being put together under the Legendary Entertainment banner to shoot partly in China next summer. It is possible that this will come under Legendary East, the Hong Kong-based joint venture that involves Thomas Tull’s Legendary, but insiders said that hasn’t happened to this point. 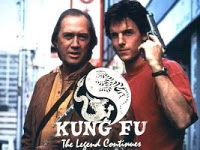 The original series tracked the adventures of a Shaolin monk as he wanders the American West. The monk wants peace but usually winds up using his spectacular martial arts skills to kick some serious tail, in between flashbacks of his early life in the monastery. A second Kung Fu series aired featuring David Carradine playing a modern-day descendant of his original series character and his police officer son.