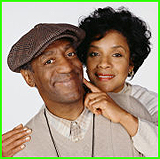 I’m nothing if not a slave to predictability and tropes. Sure, I wax poetic weekly on how I loathe authors and artists who fire off the same crap week in and week out,but I’m nothing if not a glorious hypocrite. So, after my “best and worst” article, what better to follow it up with a “New Year’s Resolution” article! Lest I be completely worthless to you, I promise to keep this punchy.

I resolve to wean myself from the teat of Marvel and DC. When I looked over my buy pile of books littered throughout my basement from the last few years, I’ve grown sick at the sight of so much mainstream chum. Not that I ever considered myself anything less than a mainstream whore before… it’s now with half a decade under my belt as an outsider indie guy, that I’ve decided to grow up, if only a little bit.

My rule of thumb has been pretty clear: every week that I have less than four books to buy, I will add one indie title to my list. Thus far, I’ve added Revival, Clone, and Nowhere Men. Two of which landed on Mike Gold’s list of awesome things. This obviously means I’m on the right track. Image, Valiant, Dark Horse, IDW, and the litany of unknowns are making me realize there’s so much more out there. More creativity. More unpredictability. More leaping from the cliff, and hoping to fly. It’s time to read what I sow; it’s time to tell Bob Wayne and Mickey Mouse I’m quitting (just a little bit, cause you know… I’m really liking Batman, Batgirl, and some Marvel Now titles).

I resolve to draw and write everyday. I’m not going to be a fool and say I’m “doing it for myself” because it’d be a lie. I’m going to write and draw more to do it for my company and my family. Not that I don’t love my day job, but let’s be real. Unshaven Comics gets where its going because we work at it. So, by proxy should I vow to write or draw everyday, I will presumably see Unshaven Comics be more lucrative. More than that though, the ideology is clear. The more you work at something, the better you’ll understand it. And while I presently work nearly every day as it stands? Making a concerted effort to spare time every day to do something for Unshaven Comics means there’s more chances at eventually becoming one step closer to semi-obscurity.

I resolve to make better connections with those in the industry – both here with my ComicMix mates and abroad. Unshaven Comics is traveling to 15-16 conventions this year. Simply put? There’s no excuse I shouldn’t be exercising my networking abilities. They’re what landed me here in the first place. As I stated last week, no better memory convention-wise comes to mind more than Baltimore, where I was in contact with Glenn Hauman, Mike Gold, and Emily Whitten, all of ComicMix fame. My hypothesis that possibly making ways to meet my other fellow contributors in the coming year could only benefit my growing rolodex of people I admire also knowing my name. Egotistical? Sure. But I’ve had breakfast with John Ostrander, so suck it.

I resolve to turn off the TV more. I realized over this “holiday break” of sorts how much worthless drivel I surround myself with when I’m home. I only actively watch TV in the last hour of consciousness. But the TV is on in my home basically from the time I get home to the time I go to bed. I tend to lazily leave the set on, with a cooking show, or rerun of The Cosby Show for background noise as I go about my business. Suffice to say, it’s silly of me to do so. Shutting off the set will give me an appreciation for when I turn it on. And maybe in a year’s time, I might just see the heavens part and drop my expensive cable bill in lieu of a Roku system. But that’s a long-game I plan on playing.

Lastly, I resolve to be a better columnist to you, my readers. I look over my body of work here at ComicMix, in 2012, and I certainly see some high points. But like many an artist, I also saw bouts of frustration on my part. Weeks where I had no real points to make outside the handful I’ve relied on: DC sucks. Marvel Sucks. Being an Indie Guy is hard. And so forth. So, in 2013, I vow to return to those tropes only when there is new meat on the bone. I’ll seek out bold and new directions to tantalize you from. I’ll strive to make you angrier, sadder, happier, or flameier. I’ll do everything in my power to remain relevant, and entertaining to you. And I’ll do it all with a smile.

Thanks for sticking with me for another year. The only place to go from here? Up, up, and away.