So today we finish up my rankings of all 23 of the Eon Productions JAMES BOND films, with the TOP THREE overall.

Remember, folks–stuff like this is entirely subjective.  We’re (mostly) talking my favorites, not the “greatest” or “highest grossing” or whatever.  This represents my views.

Without further ado, then, here are my three favorite Bond films, in order: 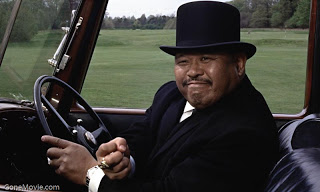 Hard to argue against this one, which really does have almost everything. I had it ranked second until yesterday when I re-watched it, and found it oddly disappointing in places.  My main complaint is that, given the larger scope of this one than its predecessors, Goldfinger’s scheme is not quite up to the world-ending level of many of the others—but that’s probably just me.  The middle is sort of dull, too, while Bond plays golf and then is held prisoner in Kentucky.  But the Aston Martin goes a long way–even if he never quite gets to use it as creatively as we might have liked.  And so does Honor Blackman (and “Jill Masterson” at the start ain’t bad, either). Odd Job is iconic.  And it has probably the second or third best theme song, too–and the most iconic.  It’s a great Bond movie. 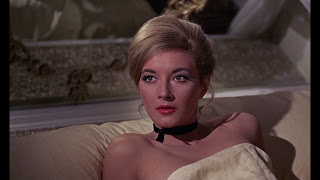 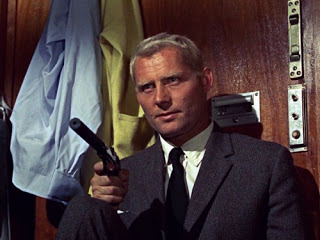 2. From Russia with Love
A simple, straight-ahead spy movie with vivid characters and great action.  Bond’s Turkish ally, Kerim Bey, remains a favorite, and Robert Shaw as the SMERSH assassin is very cool–is he the only actor to have fought both James Bond and (the shark) Jaws?! The visuals of Istanbul and along the European rail line are gorgeous—as was the leading lady, Daniela Bianchi.  The theme song is great–and, interestingly, doesn’t appear (with lyrics) in the opening credit sequence; it’s only at the end.  The story sticks just close enough to the novel to make it a tight, taut thriller rather than an over-the-top spectacle.  And you can’t beat a catfight in a Gypsy camp. 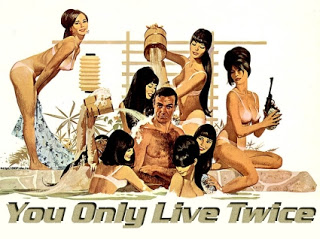 1. You Only Live Twice
The prototype for seemingly half the rest of the franchise, with the original “supervillain base in a volcano.” Japan in the 1960s provides a great backdrop and Tiger Tanaka is rivaled only by Kerim Bey of “From Russia with Love” as Bond’s greatest “regional ally.”  Is it over-the-top, much of the way?  Sure.  Does the plot make sense?  Not a lot of it, no.  Will many criticize me for this choice?  Probably.  But it’s my list, and this one has always been my favorite.  And it has my favorite theme song of all, to boot.  This one is my favorite. 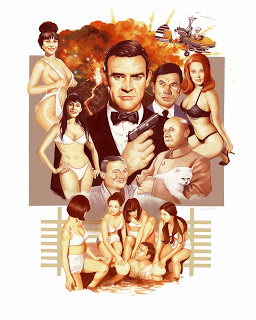 So there you have my entire list–all 23 Bond films from Eon, in the order I like them (or don’t like them).

Be sure to visit www.whiterocketbooks.com to listen to our James Bond podcast episode (or find it on iTunes) and also to check out the many great books we have available.  Thanks for reading!
Share