After a couple of teaser photos, the BBC has released a shot of the new TARDIS interior, to premiere in the upcoming Christmas episode, The Snowmen.  Featuring a much more sleek design, it’s much  more like the old school sets, that, to quote Arthur Dent, “really looks like a spaceship”.  The TARDIS from the TV movie on has looked more like a bachelor’s apartment, with everything thrown in, and patched up with random bits of junk.  However, in a cut scene from The Doctor’s Wife, It’s explained that the TARDIS console is itself under the aegis of the chameleon circuit.  It’s not made of junk, it’s made out of very high-tech components that look like junk.

The basic design of the control has not changed much.  There’s still a railing around the perimeter, and what looks like a multi-level setup again.  The additional console to the rear is new, but not entirely so.  The Hartnell and Troughton control rooms had panels and console along the back and side walls, which eventually vanished as the control room grew more simple, and action was centered around the main console.

So why does it look all high-tech again?  I have what might be considered a Clever Theory. 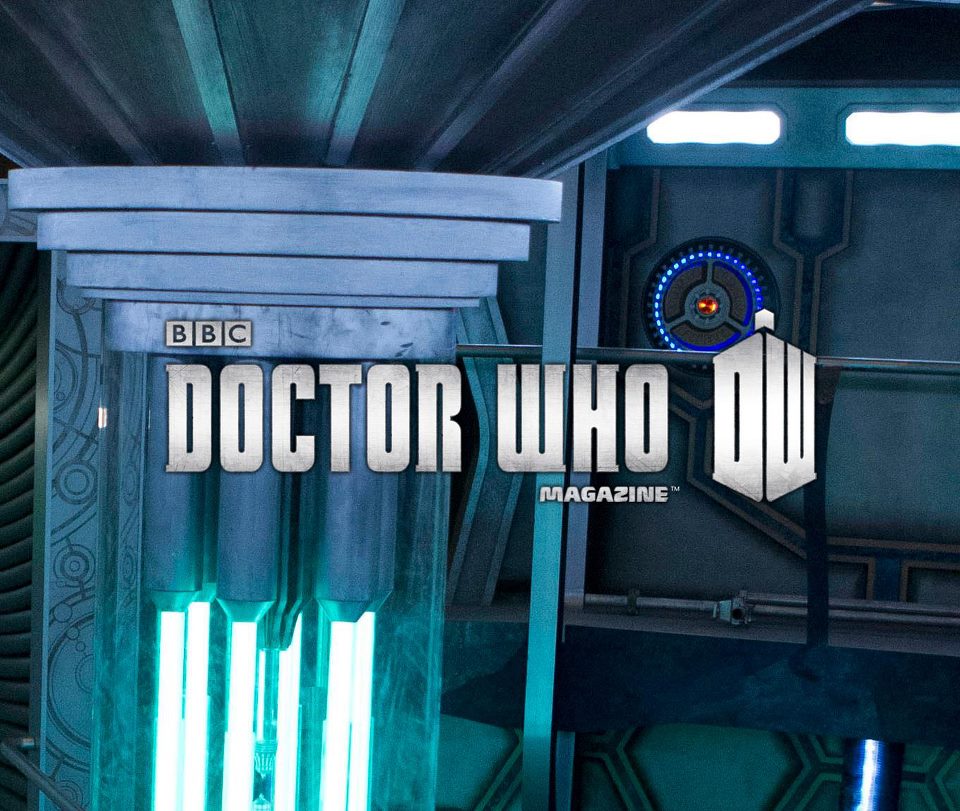 If I may take a comment from Time Crash literally, this may be the TARDIS’ “default” desktop setting.  This is what an off-the-rack TARDIS looks like inside.

This is the TARDIS of a guy who doesn’t care anymore.

There’s the remotest of possibilities this may not be “the new set”, but just a temporary one, until The Doctor becomes more his old self again.  It looks a bit…simpler, certainly more sparse that the current one.  It may not be intended to be kept long-term.

New companion Jenna-Louise Coleman mentioned liking the new console in an interview with CNN, discussing “these new kind-of rolly balls” which is an out of context statement if you ever heard one, and even lets slip that she gets to fly the TARDIS at one point, tho it’s not made clear if this takes place in the Christmas episode, or further down the line.

Other surprises for the Christmas episode includes news that Ian McKellen will be voicing the titular baddie, although rumors and whispered spoilers suggest he may be voicing another character, one who may carry through as an antagonist through the second half of the season.  The…force behind the snowmen, if you will.