A Doctor A Day – “School Reunion” 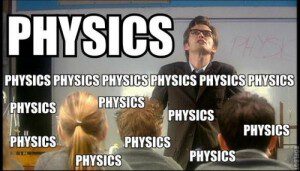 Dear Sweet Sarah Jane.  She was the queen of the companions, and when she showed up on screen again, decades vanished.  The Doctor and Sarah are up for a…

Mickey has called The Doctor and Rose back to earth after learning about strange goings on at Deffry Vale High School. The Doctor is posing as a teacher, and Rose is posing as a lunch lady.  The Doctor has met students who possess knowledge that outstrips Earth Technology, let alone an eighth grade textbook, and Rose watches a fellow lunch lady taken into a back room after getting what looks like toxic waste poured on her.  So there certainly seems to be something going on.  But things take a nostalgic twist when journalist Sarah Jane Smith comes to the school to investigate the school as well. The Doctor doesn’t tell her who he is right away, but when she finds the TARDIS while snooping around the school at night, it’s not hard for her to connect the dots.  After a very emotional meeting, and a scream, they’re off and running.  Rose and Sarah start off quite catty, each making fun of the other’s age, what Mickey calls “Every man’s worst nightmare — The Missus and the Ex”.

The school has been taken over by batlike aliens called the Krillitanes.  The team makes their way out of the school, but The Doctor think he needs to head back in to analyze the mysterious oil the aliens have been sneaking into the food.  Sarah Jane has another alternative – in her car is K-9, albeit in need of repair.  While The Doctor repairs K-9, he and Sarah Jane have a heart to heart talk about what it’s like to travel the universe one day, and be back on Earth the next.  The Doctor looks guilty, but says nothing.

The Krillitanes’ plan is to use the mentally advanced schoolchildren like a massive shared-processing biocomputer, all of them running code on their PCs, attempting to crack the Skaksas Paradigm, AKA the unified field theory.  If they can do so, they will have the cheat codes to the universe.  And their leader comes to The Doctor, and offers him a chance to join them, letting his wisdom guide their new power.  He refuses of course, which starts the running up again  Chased to the kitchens, The Doctor realizes the oil they’ve been using on the kids is a perfect weapon against the aliens – their form has changed so many time, the product of their own planet is now poisonous to them.  K-9 volunteers to remain behind and set off the vats, an act that will likely result in his destruction.

There’s a lot of emotion in this episode. When Rose and Sarah Jane are introduced, the emotions are priceless.  They start off snipping at each other, and as soon as they get a chance to bond, they turn their commentary about The Doctor.  They’re perfectly written as if they’re the new and old girlfriend, each jealous of the other.  The explosive laughter when The Doctor bursts into the room after they start dishing was legitimate – David Tennant had a moustache painted on, which was hidden since his back was to the camera.

Mickey also goes through some changes as well — as he says himself, he’s not the tin dog, and he does do a good job of helping out.  But look at the look on Rose as Mickey asks to come along.  She’s not happy about it.  She’s just gotten used to the idea that she wasn’t the only person The Doctor traveled with, and she doesn’t care for the idea of Mickey sharing it with her.  It’s another sign of the rather new and unique vibe that she and The Doctor have.  But the part to realize is that no matter what he says about how he’d never leave her and all that, he does, and he’ll do it again, and come Christmas, we’ll see him find a new friend, and it’ll be off for another ride.

Elisabeth Sladen was glorious.  Coming back to Doctor Who connected the new series to the old better than any villain or baddie or witty reference ever could  Her spinoff series, The Sarah Jane Adventures, was glorious.  It’s amazing to realize that for a couple years there, we were no more than a couple months between new Doctor Who material.  she was taken from us too, too early.  But we had her for a time, and then a second time, and that’s more than we can say about a lot of people we like.