Moonstone, a leading Publisher of New Pulp and Heroic Fiction, announced the debut of unabridged audiobook versions of two of its best titles written by a fan favorite author and featuring characters familiar to fans of genre fiction everywhere! In conjunction with Dynamic Ram Audio Productions, a company bringing several New Pulp companies’ works into audiobooks, Moonstone released “PARTNERS IN CRIME” written by CJ Henderson with Joe Gentile and read by Fiona Thraille and “KOLCHAK THE NIGHT STALKER: A BLACK & EVIL TRUTH” also written by CJ Henderson and read by Mark Kalita. 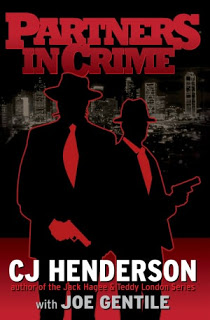 In Partners in Crime by CJ Henderson and Joe Gentile, the Past meets the Future to defeat an unspeakable evil! Europe, 1945, the final days of World War II. A sinister plan to defeat the Allies using black sorcery is thwarted, only to be resurrected again in a form more terrible than ever before! Now, over six turbulent decades, across multiple continents, and through the darkest alternate dimensions, a force of unimaginable power is poised to subjugate all mankind! Bound by time, a band of heroes will rise! Their names are legend; their exploits are known around the world: Kolchak: the Nightstalker, Boston Blackie, Johnny Dollar, Lai Wan, Candy Matson, Pat Novak, Blackshirt, Mr. Keen, and Jack Hagee. Now, this amazing group will find themselves pitted against a power that transcends time and space… an evil so corrupt that the fate of humanity may hang in the balance! Listen as these classic characters of Television, Novels, and Radio explode into being as read by Fiona Thraille.
Download Partners in Crime for only $9.99, over 7 hours of mystery and intrigue at http://www.cdbaby.com/cd/fionathraille. 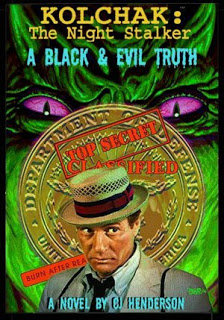 Kolchak: The Night Stalker A Black & Evil Truth by CJ Henderson stars everyone’s favorite reporter of the weird and strange, Karl Kolchak, in his most bizarre adventure yet.  Carl Kolchak was just your average reporter until the day he put two and two together and came up with evil. A reluctant paranormal investigator, Kolchak couldn’t stop tripping over the unusual even if he wanted to. And for all of his efforts of seeking the truth… unemployment and ridicule have followed him like the plague. Someone, or something, is tearing people up into little pieces in small town West Virginia. It’s up to Kolchak to wade through the bloody science jigsaw puzzle, while watching his back against an unseen foe! It’s a cat and mouse game, as he battles a maelstrom of terror that everyone around him gets sucked into.  Chills and thrills abound in this Adventure Horror tale thrillingly voiced by Mark Kalita.  Over 7 Hours of Kolchak for only $9.99! Download Kolchak the Nightstalker: A Black & Evil Truth from Moonstone and Dynamic Ram at http://www.cdbaby.com/cd/markkalita.
Both titles are coming soon to Amazon, iTunes and other online providers of Audiobooks!
Put yourself in the action, adventure, horror, and terror of two of Moonstone’s most popular novels by downloading and listening to the Audiobooks today! 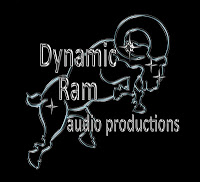