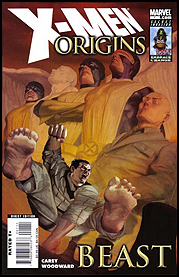 Before I get down to today’s main topic, I want to say that I’m thinking of all who may be in difficulties or have suffered damage or loss due to Hurricane Sandy. I know a lot of comics pros (and fans!) live in NYC, which was pretty hard-hit, and I hope that most of you there and everywhere else made it out of the storm with minimal inconvenience.

As it turns out, at least one of our community did not fare so well. NYC-area comics artist J.K. Woodward (of Peter David’s Fallen Angel and more) and his wife Monica lost pretty much everything in the hurricane. Darrell Taylor and J.K. have a weekly podcast called J.K.’s Happy Hour, and this week it’s all about the craziness that J.K. and Monica went through. You should seriously listen to it, because it’s nuts. (I got to, “The couch started lifting up and floating, and we realized we were fucked,” and I just started laughing in horrified disbelief, even though it’s really not funny. It’s just that unbelievably crazy. And J.K. is funny, even in the midst of his loss.)

In the aftermath of that, J.K. and Monica are trying to find a new place to live and to replace basically their whole lives (right down to their clothes! Yikes!), and they could really use some help. To help finance a new home, car, and household items, J.K. is selling original art here. Or, if you’d like to help them out but would prefer to give directly, they also have a PayPal account at jkwoodward1205@gmail.com. Alternatively, if you want to donate clothes (J.K. is an XL in mens’ tees) or household items, through at least December they can be sent to: J.K. Woodward, c/o Reiss Studios, 4301 22nd Street, Studio 206, Long Island City, NY 11101.

You can also keep up with how they are doing and any updates as to what help they might need at J.K.’s blog. It must be terrible to lose everything like that; but hopefully some of us in the community can help them get back on their feet!

And, now, onward to something a little creepy – which is appropriate, as I was reading it right before Halloween. “It” being a review copy of the graphic adaptation of actor Thomas Jane’s movie Dark Country, which is now available in hardback. Both the movie and the graphic novel are based on a twisty little story written by Tab Murphy. The graphic novel is published by RAW Studios, founded by Thomas Jane (The Punisher, The Mist, Hung) and in partnership with Eisner Award nominated illustrator/production designer Tim Bradstreet (The Punisher, Hellblazer, Criminal Macabre) and a crew of talented creators.

I admit I haven’t seen the movie (although now that I’ve read the graphic novel, I may just do so). So this review is all about the new hardback graphic novel, which actually contains three distinct parts: a “silent” scratchboard-style graphic story by Swiss artist Thomas Ott, the original short story by Tab Murphy, and a collection of information and images related to the making of the film.

I haven’t encountered that many silent comics before; although memorably, Frank Tieri’s Deadpool #61 in the “Funeral for a Freak” storyline (appropriately entitled “‘Nuff Said”) is one, and is very well done. But the Dark Country silent comic is very impressive – both in the unique style of art, which is alternately beautiful and ominous or even gruesome; and in the way it’s able to tell the story without a spoken word from any character. Done all in black and white, Ott’s style is pretty interesting (samples can be seen here), being simultaneously very precise and detailed, and diffuse due to the scratchboard technique. The style also contributes to the noir-ish mood of the story and to the impending sense of dread as it unfolds. It’s definitely a striking artistic work and story.

Reading Tab Murphy’s original short story is a slightly different experience, but no less enjoyable if you like suspense and horror. If you haven’t encountered the story before, I won’t spoil it for you; but I will say, it’s an interesting little tale with a weird twist that’s hard to get out of your mind; one of the kind that you want to read through again after you’ve finished it, to see how your own perception of the plot has changed. It starts out with a newly married couple driving from Vegas to Albuquerque through the desert at night, and gets ominous when they encounter a body in the road. I’m not a horror fan in the sense of “blood, guts, and slasher films.” What I do like, though, are psychological thrillers and stories that are terrifying because of their puzzles, twists, or dark mysteries; and this is something along those lines, and certainly worth a read if you enjoy that genre.

The third part of the hardback package is almost fifty pages of materials from the making of the movie, like background, storyboards, production notes, and still photos. Despite not having seen the film, I found this part really interesting. It’s a glimpse into Thomas Jane and Co’s creative process during production, in a detail I haven’t encountered before (being as most of my “behind the scenes” reading about movie production has been done piecemeal and by happenstance while clicking around online). From discussions about the influence comic books had on Jane’s vision to the process of making the film in 3-D to concept art and storyboards, there’s a lot to digest here, and it gives a nice glimpse into the development of a film from concept to screen. Also there are some great bits of art by David Allcock scattered about.

Altogether, the compilation of these things is pretty cool; and if you’re a fan of the movie or of noir, horror, suspense, or some combination of those things, I’d think this would be a neat addition to your collection. Just don’t read it before bedtime, or you might find yourself unable to escape dreaming of the Dark Country.

Wishing you all a sleep free of nightmares, and until next time, Servo Lectio!

E.T.A. And to wrap up on Halloween-themed things, it so happens that I have just entered my Arkham City Harley Quinn costume in a little contest. Winners get cool comics prizes! So if anyone is so inclined, please feel free to vote for me once a day through November 14, and maybe I can win! (In which case, I would most certainly choose the Harley Quinn prize. It’s only fitting). Thanks!!

TUESDAY AFTERNOON: Michael Davis and The Adventures Of Black-Man!