Martha Thomases: War! What Is It Good For? Comics! 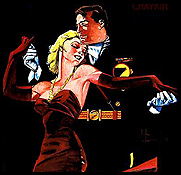 Having watched all three presidential debates and the vice-presidential debate, I’m in the kind of stupor that is recognizable to other political junkies. With about ten days to go, I am chewing on my fingernails, tensely watching the polls as if it is only my focused attention that will allow things to go my way.

The last debate, about foreign policy, made me think about war, and entertainment inspired by war, and my response to it.

There are brilliant war comics, written by people like Archie Goodwin, Larry Hama, Garth Ennis and, especially, Harvey Kurtzman. I admire them. And yet, I don’t particularly enjoy them.

I think the problem is that I am so repulsed by the reality of battle. I don’t find it dramatic nor exciting. It may reveal character, but I don’t want to see it. I don’t entirely believe that war reveals nobility, and even if it does, I think there are better ways to get to the same place.

And yet. And yet. I do like action movies, and I like cartoonish action movies that include war. I love The Dirty Dozen. I can get a good laugh out of 300.

I can admire more realistic war movies, like The Hurt Locker, but I don’t enjoy them. I don’t want to go see them. I avoid them as carefully as I avoid actual battle. I go only when it is necessary to be part of the cultural conversation. Oh, and Apocalypse Now.

It’s possible that I don’t like war movies because they are so stereotypically masculine. Even modern war movies, the ones that acknowledge that women serve and sacrifice, are models of machismo. A movie like Since You Went Away, which shows life on the home front, is just as much inspired by war as my other examples, but is considered a “women’s picture,” or a soap opera because it is about women.

I can think of two exceptions in comics where I actually enjoyed a war comic I was reading. The first is Blackhawk when Howard Chaykin was doing it. I think this had less to do with the military aspects, and more to do with Chaykin’s sense of humor, which is very close to my own.

The other is George Pratt’s Enemy Ace: War Idyll, which is, sadly, out of print. It’s beautiful and moving, as all entertainment should be.

When you vote, don’t just consider the impact of this election on the economy. Think about the wars that can happen as a result of your vote. And then think about the schlock comics those wars will inspire. Personally, I don’t want to see Dan Didio get his hands on Iran.