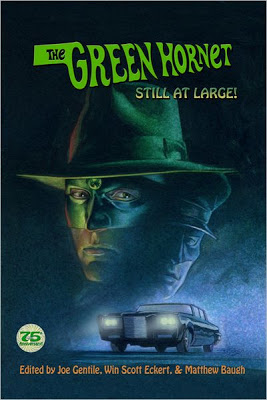 Contents:
“Hero” by S.J. Rozan
“The Black Torpedo” by Will Murray
“The World Will End in Fire” by Richard Dean Starr
“The Man Inside” by Matthew Baugh
“Death from Beyond” by Ron Fortier
“Play the Game” by Thom Brannan
“The Gauntlet” by Bobby Nash
“Chaos and the Year of the Dog” by Bobbie Metevier
“Axford’s Sting” by Dan Wickline
“Revenge of the Yellowjacket” by Howard Hopkins
“The Man in the Picture” by Patricia Weakley
“Masks” by C.J. Henderson
“Bad Man’s Blunder” by John Allen Small
“Losers, Weepers” by Rich Harvey
“Stormfront” by Greg Gick
“The Night I Met The Hornet” by Mel Odom
“Progress” by Win Scott Eckert