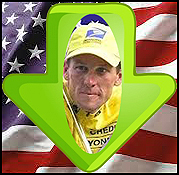 Okay, sue me. Last week I blathered on about trying to know as little as possible about movies and television shows before seeing them. So comes Wednesday, the day the new Green Arrow series, catchily titled Arrow, was to debut and what to my wondering eyes should appear, in the arts section of the New York Times, but a review of that same series. What the hell, right? I read the piece and very favorable it was, too, and later I was in front of the set, tuning it to the CW, waiting for the latest incarnation of the emerald archer. And waiting. And waiting. Because what I was seeing was two hours of programming about football.

I mulled scenarios. Somebody screwed up getting Arrow and the show scheduled to follow it to the various broadcast outlets? Something in both of them outraged some easily offended poo-bah with enough clout to kill hundreds of thousands of advertising dollars? The football lobby got the shows pulled so it could hype images of big dudes bumping into each other?

The next morning, Mari met a friend at the swimming pool she frequents. Friend told Mari how much she’d enjoyed Arrow. Friend lives in our area.

Time to get seriously paranoid. I was having an acid flashback and I only imagined I was watching sports…The universe was punishing me for not keeping faith with the ComicMix readers…

Maybe not. But then, what? As of right now, I don’t know. If any explanation of the hijacking of the archer by the gridiron mob has appeared, I missed it.

But I did see a story about another hero that appeared on the front page of the Times and jumped to the sports section. It concerned a real-life American athlete who won cycling’s most prestigious event, the Tour de France, seven times.

And doped himself for at least two of those wins and maybe more.

And pressured his teammates to use performance-enhancing drugs.

Lance Armstrong, take a bow, and try not to moon the crowd while you’re doing it.

So I missed Arrow and that might be a bigger cause for lament than it, at first glance, seems to be. Because maybe fictional heroes are the only ones we have left. The people we once admired – priests, law-enforcers, athletes, lawyers, and especially politicians, both in and out of office – seem to have feet of clay up to their eyebrows. Admire them? Hell no. Despise them, maybe.

Green Arrow wouldn’t have done what Lance Armstrong did. Unless he was a real human being and the pressure to compete,, to win, was so great that he virtually had to use any means necessary. Then he might go seeking an affable pharmacist. You might be right behind him and I’d be there, too, holding your coat, waiting my turn.

RECOMMENDED VIEWING: The Teaching Company is my favorite business organization. Wiggly, mind-wandering me has never been easy in classrooms – unless I’m standing at the front of them professoring, in which case I enjoy them ­but I kind of like knowing things. So, with its Great Courses program, The Teaching Company fills a vacuum for me. At very modest cost, it sends me audio and/or video recordings of the teachers you wish you’d had doing what they do best. The range of courses is long and large, and most of those I’ve sampled were terrific. I particularly want to recommend Big History: The Big Bang, Life on Earth, and the Rise of Humanity. Presented by David Christian. Absolutely the best course I’ve ever taken, in or out of school.