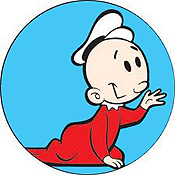 ComicMix associate editor Adriane Nash and I knew we were in for it when, on Thursday morning last, there were nine other people waiting for the same commuter train who clearly were headed not to work but to the New York Comic Con. Trains run every half-hour, and ours is but one of a great, great many such stations. Do the math.

In total… one hundred thousand people. Some of whom bathed.

Sure, San Diegoans might smirk at a mere 100,000, but there are major differences between the two shows. First, it only took NYCC six years to reach the 100,000 mark. Second, the Javits Center is smaller and much more out of the way than the San Diego Convention Center. Third, the NYCC has a lot more to do with comic books than the SDCC. Actually, the SDCC barely has anything to do with comic books, despite its title and its not-for-profit mission statement. And finally, NYCC has more European artists and writers while SDCC has more Asian. Of course, this is neither better nor worse, but it is an interesting difference.

For me, there’s another important difference: I don’t have to fly from sea to shining sea to get there.

I’ll gleefully admit six years ago NYCC really, truly and totally sucked. I said so right here in this space. It was the worst planned, worst programmed, worst run major show I’d ever been to, and I started going to New York conventions back in 1968 (I cosplayed Swee’pea). It improved, slowly, and achieved adequacy in its third or fourth year.

This time around the show was very well run – although I agree with Emily’s comments about their panel programming decisions being less than knowledgeable. They should endeavor to overcome this problem.

My biggest complaint – they’re called “issues” now, aren’t they? – was rectified mid-way through the show. They had the exits blocked off, forcing the mass of humanity through narrow corridors back to the small entrance way, making it dangerously difficult to leave, particularly for those who were mobility-challenged. This policy was enforced by a part-time minimum wage crew and, while I sympathize with their difficult job, there was no reason for them to lie to us – they weren’t upholding fire laws; quite the contrary – and there was no reason to act like Cartman without his truncheon. On Thursday and Friday some acted as though it was their job to put the oink in “rent-a-pig,” but on Saturday the rules were changed and you could actually exit through some of the doors marked “exit.”

The New York Comic Con was totally and completely sold out well before the show started. While there was some confusion about the changes in registration procedures (particularly for pros, but we’re an easily confused lot), most of us who followed the rules received our badges in the mail several weeks before the show and therefore were saved from the agony of lines long enough to cause a riot at LaGuardia Airport. I don’t know how you legitimately limit the audience size and 100,000 people can barely fix into the venue; there’s some construction going on at the Javits right now so I hope they procure more floor space next year.

Personally, I had a great time. Sure, most of it was work (ComicMix had nine people there, a third focused on cosplay coverage for our Facebook and Twitter feeds) and because of the nature of my work I spent most of my time in and about Artists’ Alley, the only room that routinely had sufficient oxygen. But I saw a lot of friends – a lot – and, when all is said and done, we could take whatever energy we had left and wade into the bowels of Manhattan, which is always an entertaining and unusual experience.

(Our columnist would like to thank Ed Sullivan for the loan of the head.)