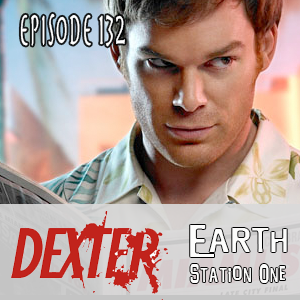 New Pulp Author Martin Powell and Diana Leto, artist of The Halloween Legion visit the Earth Station One podcast to spill all the spooky secrets behind the world’s weirdest heroes. The Countdown to Halloween Interview with Martin Powell & Diana Leto begins at 0:34:28 on the podcast.

Earth Station One Episode 132: Dexter and Other Serial Killers–
ESO continues the Countdown to Halloween with a psychotic episode! Mike Faber, Mike Gordon, and Bobby Nash are joined by Jessa Phillips, Jason De La Torre, and Dan Rynn to reveal the demented, deranged, maniacal, and downright freaky schizoids we admire. I mean condemn. Or rather those we identify with, and by that I mean we highly disapprove of. And speaking of straightjackets, we chat with Martin Powell and Diana Leto about their Halloween Legion project and they each take a twisted turn in The Geek Seat. Plus, the usual crazy Rants, Raves, Khan Report and Shout Outs.

Join us for yet another episode of The Earth Station One Podcast we like to call: Dexter and Other Serial Killers at www.esopodcast.com
Direct link: http://erthstationone.wordpress.com/2012/10/10/earth-station-one-episode-132-dexter-and-other-serial-killers/