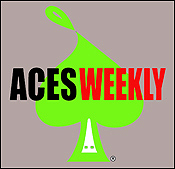 I like anthology comics. For one thing, that’s how the comic book medium started – single-character comics didn’t really start until about six years down the road. For another, the anthology format reinvented comics with 2000AD back in the mid-1970s. Today, the anthology format is all but gone, with the notable – and highly laudable – exception of Dark Horse Presents, Creator-Owned Comics and a handful of others.

I like electronic publishing in general and electronic comics publishing in specific. I am a well-known advocate of the movement, at least in my own mind. Well before e-comics became real, I had a debate with my pal and oft-time co-conspirator Mark Wheatley, one of the most innovative and hardest-working people in the known universe. Mark advocated the potential of e-comics expanding the medium by incorporating effects that would move the medium past the boundaries imposed by print. Whereas I agreed with that position, I maintained that such additions move comic books into… something else. Not bad, not good – that depends on content. But nonetheless… something else.

Since then we’ve had various and sundry incursions into the multimedia comics world, the best known being “motion comics.” Interesting, but short of scintillating. But this is a nascent form in need of development, innovation and coddling.

Then my pal David Lloyd (Kickback, Night Raven, Doctor Who, V For Vendetta, Espers, Hellblazer, Wasteland … jeez, this guy has done a lot and, yeah, I’ve got a lot of pals who make great comics; what of it?) decided to combine the anthology concept of the past with the computer magic of an hour-and-a-half ago.

And by “an hour-and-a-half ago,” I mean that almost literally. His new title, Aces Weekly, debuted yesterday.

You’ve probably read about it in all sorts of places. I was lucky enough to get a head’s-up during last month’s Baltimore Comic-Con; Mark Wheatley showed me the first hundred pages of “Return Of The Human,” the series he’s doing with may pal (yeah, yeah) J.C. Vaughn. And I was left panting.

In addition to David, Mark and J.C., Aces Weekly offers us the talent of (take a deep breath) Kyle Baker, David Hitchcock, Herb Trimpe, David Leach, Billy Tucci, Bill Sienkiewicz, Marc Hempel, James Hudnall, Steve Bissette, Val Mayerick, Henry Flint, Dan Christensen, Dave Hine, Colleen Doran, and a lot of others of similar high caliber. No, not all are in the first issue: it’s a weekly, and as one story ends another begins, and the talent recovers.

Aces Weekly costs $9.99 per seven-issue subscription – the anthology is published in seven issue “volumes,” which is a clever idea. It’s online-only, all the material is original, and once you buy it you can read it wherever and whenever you have web access. It’s all creator-owned and, evidently, creators aren’t overly burdened by control-freak editors like me.

Check it out at www.acesweekly.co.uk. No matter how cynical you may be, have your credit card ready.

Oh, yeah. It says up there in the headline “review,” so here’s my review: