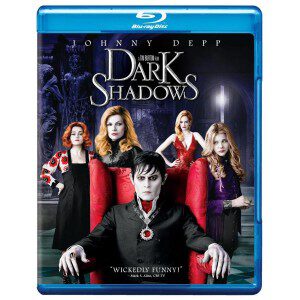 I don’t recall how I first stumbled across the ABC soap opera Dark Shadows back in the 1960s. Normally, back then, I‘d come home from school and watch ‘50s reruns on WNEW or WPIX but somehow, I found the Dan Curtis series and fell for it thanks to the supernatural overtones.  It was was heady mix of vampires, werewolves, witches, parallel universes and lots of secrets.  When the show reached its conclusion, I was in high school, at a friend’s house and insisted we watch it even though he’d never seen it. I read many of the Marion Ross novels, some of the Gold Key comics, and even the short-lived syndicated strip with terrific Ken Bald artwork. The attempts to revive the series ever since never worked. Ever. So, when I heard both Tim Burton and Johnny Depp were fans, I figured they’d be ideal for a modern film version.

The casting sounded spot on and the first visuals looked great. Then came the first trailer and it was a bit of culture shock, much like Barnabas Collins’ resurrection after 196 years of undead contemplation in the Maine soil. It was quirky and akin to Burton’s Mars Attacks! but I was game to see more. Thankfully, word from screenings indicated the trailers emphasized the quirk and the movie was actually stronger. Perhaps, but not strong enough, and the tepid reviews in the wake of The Avengers meant it was DOA at the box office. 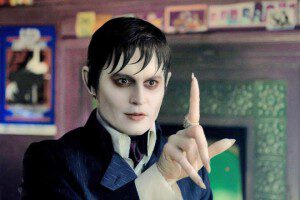 Now we have a chance to re-examine it as Warner Home Video releases the film on disc, notably its Combo Pack (Blu-ray, DVD, Ultraviolet). Visually, it’s stunning, capturing the beauty of Maine, the creepiness of Collinwood mansion and replete with grace notes harkening back to the black and white series, especially the water crashing on the rocks. Danny Elfman’s score eerily echoes the original music and supplements that with songs culled from 1972, punctuating the cultural dissonance experienced by Barnabas.

Depp is well supported by Michelle Pfeiffer, Johnny Lee Miller, Helena Bonham Carter, Jackie Earle Haley, and Chloe Grace Moretz. In some cases they closely resemble their television counterparts and their characterizations are close enough to be satisfying. Eva Green as Angelique, the witch who cursed him to be a vampire after spurning her love two centuries ago, is trampy, campy and sex as hell. 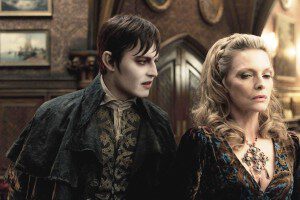 While the film has all the elements to be a strong remake of the series, it falls apart because of a thin script, surprising for a Burton production. Seth Grahame-Smith’s script, from a story concocted by Smith and John August, hints at many soap opera threads but rarely strays from the core conflict between would-be lovers. Angelique is frustrated because Barnabas’ true love, Josette, has been resurrected as Victoria Winters (Bella Heathcote), the newly arrived governess. Further complicating the triangle is the unhealthy interest Dr. Grayson (Carter) has in Barnabas’ vampiric qualities.

The supporting cast is good and does fine with what they’re given, but it’s not enough, especially given how rich and varied the storylines were, which propelled the series for years. We’re reminded of that and Burton deserves credit for including members of the original cast – Jonathan Frid, David Selby, Lara Parker, and Kathryn Leigh Scott—make a cameo appearance at a party. It’s as if they come on scene, have a moment and vanish until needed again which robs the overall film of a richness the material deserves. 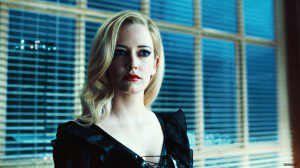 The film’s final act, with its pyrotechnic climax was overdone, overlong and totally out of place, more Harryhausen than Curtis.

Depp, with oversized ears and long, tapering clawed fingers, channels Frid’s Barnabas, without the tortured soul that made the original actor an unexpected heartthrob. Instead, he’s devoted to family, playful with the kids, and determined to break the curse that causes him to kill. He is boggled by the technological and cultural changes but it’s all on the surface and worthy of exploration.

As a result, the sum is less than the parts and the movie is a misfire from Burton. For the diehard fans of the cast, director, or series, it’s certainly worth a look. The Blu-ray transfer is both strong with terrific color and sound.

The handful of extras include about 15 minutes of deleted scenes, several of which would have enhanced the film, especially a scene between Barnabas and young David (Gulliver McGrath).You can also watch the film in Maximum Movie Mode that lets you see special featurettes on the casting, production, effects, etc. Thankfully, they are all provided as standalone pieces so you can watch whatever catches your fancy.