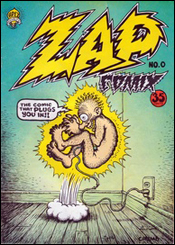 And now that I’ve established my bona fides, let’s get to today’s topic: naughty words.

They aren’t new, these verbal no-nos. Virtually every culture has had them, though their content, even allowing for translation glitches, is not always the same. (My doo-doo is your Number Two?) I don’t know how far back on civilization’s continuum the use and misuse of these words goes.  Did the early farmers, about thirty centuries ago, have them?  How about the hunter-gatherers?  The guys who made the cave pictures?

Maybe some of you have answers; I don’t, but I do know that ever since we homo sapiens started hanging around in cities and having politics and organized games and such, we’ve been able to let go of frustration by uttering, or shouting, some syllables that redden mom’s ears.

Even within my brief lifetime (okay, not so brief) these expletives have evolved a bit.  When I was a nipper, the word “hell,” and even more-so “damn,” were not to be uttered in polite company.  (When father spoke them from the Sunday morning pulpit, he was just doing his job – letting us know, maybe, what would happen to people inclined to use said expletives.)  And you never – and I mean never – heard them coming from screens and speakers.  (And the little sophist in the corner carps, “What about the last line of Gone with the Wind?  And I reply that the exception proves the rule and then ask, ‘Pray tell, sophist in the corner, are you a politician?’”)

Today, hell and damn are common broadcast currencies, bouncing off our living room walls even well  before ten p.m. which once marked the temporal divide between family and adult. (Did this presume that adults are not part of families?)  In some cable television venues, mostly those we have to pay extra for, nothing utterable seems to be off-limits, and even on basic cable and its cousin, broadcast TV, lips are getting a lot looser.

We’ve come a long way since Norman Mailer coined the word “fuggin” to approximate soldier dialogue in his World War Two novel, The Naked and the Dead. (I was once part of a group of sailors who were cautioned, when home on leave, not to ask granny to “pass the fuckin’ salt.”)

Does this bring us to comics?  I guess it might as well. Naughty words haven’t been used much in mainstream comics, though in the so-called undergrounds apparently anything went.  We have inched away from the time when editors and publishers were perpetually running scared, afraid to offend anyone (and good luck with that!) and thereby trigger another witch hunt of the kind that decimated the comics  business in the fifties.  How far have we inched?  I don’t know.

But it seems likely that we’ll inch further unless gents like Rick Santorum and Paul Ryan actually get the power they obviously covet.  Then?  Again, I don’t know.

But maybe the more interesting question is, should we inch further?

This horseshit will continue in a week.