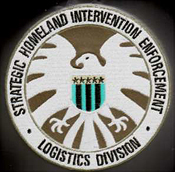 OK, no it hasn’t. But I bet I sure got your attention. Let’s have a quiet chat here, nerds, shall we?

Joss Whedon, Emperor of the Nerds, has ascended to the top of the mountain in Hollywood. Who knew all it took was a couple billion bucks behind the largest franchise film in history to get there? With that being said, Disney / ABC / Marvel has officially dropped the proverbial “dump-truck of money” at Joss’ gilded doorstep. And with it comes his triumphant return to television. And every geek in America (and parts of Europe and Asia, I suppose) holds its breath in anticipation.

The S.H.I.E.L.D show, as we’ve gleaned from what few words have graced us from St. Serenity, will take place in the Marvel Movieverse, but will not be sequel to The Avengers. Aside from that? Well, there’s not much else being said. So what are we to do? Speculate of course! Consider this my open air wish list for the show itself. What it could be, and what it shouldn’t.

First and foremost? I want continuity. I want the show to play in not just New York. I want weekends in Wakanda, layovers in Latveria, as well as trysts in the Triskelion. Marvel has a rich tapestry to explore, and a series that gets too many kicks in a single environment ends up becoming predictable. I’d like to think of the helicarrier as our Serenity, and the 616 provides us a new and cool place to explore every week.

And while we’re on that topic, who, prey-tell, should be doing the exploring? If I had my way, I’d free Colbie Smulders from How I Met Your Mother (which I truly love) in lieu of a permanent station as the show anchor. Whedon is known for his strong portrayal of female characters. Sadly, the movie was too pumped full of testosterone to really have much for Maria Hill or Black Widow to do beyond get a little scuffed, and pouty. I say play to your strengths, Master Joss. Maria Hill would not only be recognizable to the masses, but she (Ms. Smulders) has the depth and chops to carry a show on her shoulders with ease. And beside her? Well, I want all the S.H.I.E.L.D. stalwarts. Dust off Falcon, Quartermaine, and the offspring of Dum Dum Dugan (since I believe he was in the Cap movie and is quite not-amongst-the-living).

And what good guy is good without a bad guy to combat? Marvel’s bench is deep with cool villains perfect for the silver screen. Obviously no spy-based show in the 616 would be worth its’ salt without the perfunctory associations of ne’er-do-wells: Hydra, AIM, the Hand, etc. Heck, bonus points if they incorporate “The Ten Rings” from the Iron Man franchise. But aside from the machinations of large criminal organizations comes a bevvy of singular baddies that S.H.I.E.L.D. could be responsible for removing from the picture. Who here wouldn’t giggle a little if they saw the Purple Man, Baron Zemo, or dare I suggest the Hood making their way onto the teevees? No one, that’s who.

And would it be too much to ask for an occasional cameo? Yes, we know that all the Avengers are going to have full dance cards for a while. But nothing, and I mean nothing keeps fans (casual and crazy) coming back for more than the off chance the real Dr. Banner, Dr. Stark, or Captain America shows up to shoot the breeze. And if not for our “actual” movie stars, maybe a secondary cameo from Dr. Selvig, General Ross, or Agent Coul – err… never mind. The point remains the same. After five-plus feeder movies? There’s a metric ton of characters in the toybox that will help keep the show fresh.

And if I have only one wish fulfilled for this show-to-be… it’s all in the presentation. Smallville started strong, but quickly degraded into predictable schlock. The tendency for all TV (dramas and sci-fi shows alike) is to become machines of procedure. S.H.I.E.L.D. can’t bode well if it quickly becomes “case of the week.” Same could be said if it goes the direction of Lost or Heroes… and becomes obsessed with serialization. The key is, was, and will always be balance. Have an overarching storyline peppered with great single episodes to chew on. With an ensemble cast in place, this will all fall in line.

Ultimately, Whedon’s return to the medium that has raised him up as much as it’s let him down stands to be a great reckoning for our king-nerd. Where Firefly and Dollhouse were quickly dispatched due to poor schedule placements and too-small-of-a-fanbase-to-keep-it-on-the-air, S.H.I.E.L.D. stands the most promise to succeed if only for it’s parent franchise feeding the masses now hungry for more Marvel. You know, all those people who loved the movie(s) but were way too afraid of going to a comic shop to read about their new favorite characters. So long as the show can walk the line between “cool spy adventures” and “snarky fan-service”, and Marvel backs the show up with continually successful movies… the sky is the limit. And in that sky? A gleaming CGI set for the Triskelion.

Marc Alan Fishman and fellow ComicMixers Emily S. Whitten, Mike Gold, Glenn Hauman and Adriane Nash will be at the Baltimore Comic-Con today and tomorrow, mostly hanging around his Unshaven Comics booths, selling his wares to the unwary, and screaming obscenities at nearby Yankees fans. Drop by and say hello.