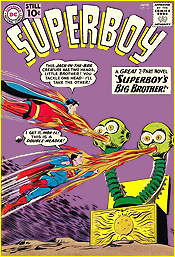 Before I get started – or let’s pretend that I have just stopped time – just want to say regarding Martha Thomases’ column of last week:

Shit, Martha, why the fuck didn’t I think of writing that?

See, about two months ago I hurt my middle finger at work. It got caught between a stretcher and a door. The noted and very adorable Dr. Christopher Doumas used the C-arm to check it out. Nothing was broken – be thankful for small miracles, right? – but there was plenty of soft tissue damage, meaning I bruised the fascia, muscles, tendons, and ligaments. Plus broken capillaries and such. Which caused my ahem middle finger to swell up and turn several shades of purple.

But you know how they say that soft tissue damage hurts worse than a broken bone? – well, maybe you don’t, but trust me, they do say that – so believe me when I tell you:

Anyway, I had to write an incident report, which meant I had to go to the boss’s office. The boss is from the Midwest, and, imho, the outfit that owns my ambulatory surgery center reflects that what’s the matter with Kansas? mentality. So I’m sitting there trying to write, which was extremely difficult because said middle finger was on my right hand, and I’m a “righty” – the only thing about me that is.

Just trying to use the keyboard was a pain in the ass – or finger – and I muttered “Fuck, that hurts.”

My what’s the matter with Kansas? boss looked very disturbed. Did she say, “I’m so sorry, Mindy.” Did she say, “Do you want an Advil?” Did she cluck and coo and offer other bromides?

She said, “Don’t use that language. It’s not professional.”

I looked at her. I thought are you kidding me?

I will now allow time to resume its normal linear course.

Last night I was watching The Timey-Wimey Of Doctor Who on BBC America when, all of a sudden during a commercial break, I remembered a Silver Age Superboy story in which the Boy of Steel discovers the origin of Cinderella’s glass slipper – all of which inspired me to write about time travel today. Anyway, I was sure the Cinderella story was featured on the cover. But guess what I discovered when doing my due diligence?

The Cinderella thingy was only a “side-trip” in a very famous and critical-to-DC-mythology story written by Robert Bernstein and penciled and inked by George Pepp. The story was “Superboy’s Big Brother” (Superboy #89, June 1961), featuring the introduction of Mon-El – whom I’ve also always loved, but that’s a topic for another day and another column. Leaving Mon-El to hang out at the Kent home with his parents, Clark goes to school ‘cause he has a test he can’t skip. I guess it was an English class, or maybe history, or maybe even creative writing because one of the questions on the test is about the origin of fairy tales and uses the Cinderella story as an example.  Clark remembers meeting the real Cinderella in the past. I guess to jog his memory – although since Superboy has super-memory I don’t know why it needs jogging – he decides to revisit the past to make sure he’s got the details right.

Clark asks permission to get a drink of water. (The teacher says okay, which means allowing him to leave the room during a test. Try doing that these days, kids!) Changing into Superboy, he flies through the time barrier to Egypt, circa 4,000 B.C. He takes a drink of water from the Nile – ‘cause, you know Superboy never tells a lie, and this way he can honestly tell the teacher that he got his drink of water. While getting his allotment of H2O, he sees an eagle steal a sandal from a girl putting a bassinet made from reeds into the Nile. There’s a baby inside. It floats down the Nile to where the Pharaoh’s daughter is bathing. The Pharaoh’s daughter finds the baby in the bassinette, and names him Moses….

Superboy is about to go after the eagle when that super-memory of his is jogged once again, so he does nothing. Instead he watches as the bird drops the sandal in the Pharaoh’s palace. The Pharaoh searches for the woman whose foot fits the sandal. He finds her and makes her his queen. Aha! thinks Superboy. This is the Cinderella story he came back in time to see. Now it’s time to go back to school and finish that test.

So Clark writes up the story, but the teacher says he has no proof, so only gives him an 89. (Guess it wasn’t a creative writing class after all.) And Clark isn’t unhappy, because if he had aced it, the teacher might suspect he’s Superboy because Clark is so smart. (Huh?)

Meanwhile, suspecting that Mon-El is lying about being his brother – um, excuse me, but aren’t you the one who assumed that he was, Clark? – Superboy exposes Mon-El to a meteorite that looks like Kryptonite but is really made of lead.

Mon-El is really Lar Gand, a native of the planet Daxam. And Daxamites can’t handle lead. In fact, it kills them. Like the Roach Motel: once they check in, they don’t check out. Swearing that one day he will find a cure to the fatal lead poisoning, Superboy has no choice but to send Mon-El to the Phantom Zone in order to save his life.

Leading in a timey-winey, butterfly effect way to the other time travel story that added-to-the-DC-mythology big time, the introduction of the Legion of Super-Heroes (Adventure Comics #247, April 1958, by writer Otto Binder and artist Al Plastino). And if I have to recount that story, you shouldn’t call yourself a comics fan! J The Legion traveled through the time barrier by means of a “time bubble,” which maybe was inspired by the bubble in which Glinda, the Good Witch of the North, travels to Oz. Only they don’t ask Superboy if he is a witch. They also don’t think Krypto is a witch.

It was Brainiac 5 of the Legion of Super-Heroes who, in “The Secret of the Mystery Legionnaire” revealed that he had discovered a permanent cure for Mon-El. This happened in Adventure Comics #330, March 1962, by Jerry Siegel and John Forte. This is only a year for us poor Earth-Prime Homo sapiens who are cursed to experience time in a this-way-forward linear manner, but it was about twenty centuries as a phantom for poor Lar Gand.

No wonder he went nuts.