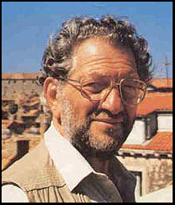 Joe Kubert, one of the greatest masters of the comics art form, died today after a short illness, three weeks short of his 86th birthday.

Best known as the artist of the long-running war feature Sgt. Rock, Joe was almost equally well-known for his work on both the golden age and silver age Hawkman and on such features as Enemy Ace, Tarzan, Firehair, Tor (which he created for St. John’s comics in the 1950s and owned and returned to throughout his life), the Tales of the Green Beret newspaper strip, and numerous other features and countless covers. In his later years he wrote and drew a great many graphic novels, both original creations (Jew Gangster, Fax from Sarajevo, Yossel) and based upon his well-established Tor and Sgt. Rock characters. DC is currently publishing his work as an inker on Before Watchman: Nite Owl, pencilled by his son Andy. He also served as an editor at DC Comics in the 1970s.

Over the years Joe received numerous awards, including the Harvey Awards’ Jack Kirby Hall of Fame and the Will Eisner Comic Book Hall of Fame. These honors are dwarfed by his legion of respecting collaborators, fans, students, and medium fellows.

Joe’s wife Muriel had served as a model — intentionally and, one strongly suspects, unintentionally — lending her image to many of Kubert’s female characters. Muriel passed away in 2008. Their marriage ran an incredible 57 years.

In addition to Andy and Adam, the Kubert family also consisted of sons David and Danny and daughter Lisa Zangara, as well as numerous grandchildren.

A man whose broad smile triggered an enormously infectious laugh, Joe Kubert was one of those artists who looked like he had drawn himself into creation. A fast artist, he often amazed convention-goers by producing a fully-formed intricate Hawkman image in ink within minutes after starting with a couple simple lines drawn on paper. Much of his original art reveals he often did not produce finished pencils, relying upon sketchy blue-lined (non-reproducing) layouts before going on to final inks.

Much can — and will — be said about this pillar of American comics history. For now, we report his passing and our most profound condolences to his family, friends, and students. 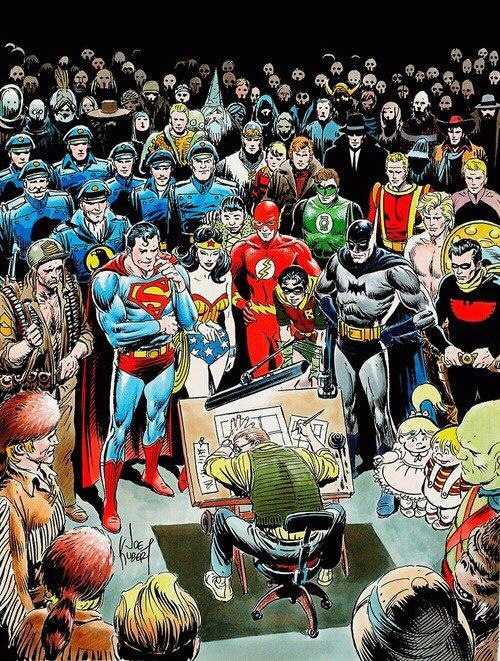