Emily S. Whitten: Marvel Movies: Are They Going Too Far? 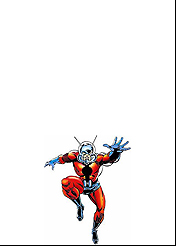 I suppose we could call this a follow-up or at least sister piece to last week’s column, in which I interviewed the fantastic Cleolinda Jones, author of Movies in Fifteen Minutes, about her experiences with comic book movies. Cleo noted that she tends to be more interested in Marvel characters because “Marvel has been so much more pro-active about getting movies made and characters out there;” which is true. Let’s look at some numbers for live action comic book movies, just for kicks.

Sources: Wikipedia’s Marvel and DC movie pages; IMDB; tooling around the Internets for all the announcement mentions I could find.

As we can see from the numbers, Marvel consistently beats DC overall in live action movies and soundly whups DC’s behind in live action movies (released and upcoming) from 1998 forward, which I think of as the current/modern comic book movie era (it started with Blade and gained momentum thanks to X-Men and Spider-Man in 2000 and 2002). In the upcoming movies department, not only does Marvel have almost twice as many movies as DC, but at least eight of them are pretty definitely moving forward; as opposed to the one DC has in the can and ready to go. Although DC has announced or sort-of announced several more, they have been much less forceful in confirming their future line-up, and most are not yet locked in.

The Dark Knight Rises (and Christopher Nolan’s trilogy in general) was a huge success; but The Avengers is currently ranked third overall  in box office sales, and Marvel is pushing full steam ahead with a long list of upcoming movies to expand on that success. But is their current success making them go too far? With future movies pulling from somewhat second-string characters like Ant-Man, Doctor Strange, and The Runaways, is Marvel stretching itself too thin and being too ambitious? Are they going to burn out moviegoers with a plethora of new movies about characters people might not know?

Actually, I’d say the answer is no; Marvel is doing exactly what it should to continue producing quality comics movies, and to continue beating the pants off of DC. There are two reasons Marvel’s exuberance in greenlighting all kinds of characters is going to pay off. The first is that Marvel’s attempt to interlock its movies and continue to build off of its shared movie universe, as it has built off of its shared comics universe, has been a resounding success; and if the quality of upcoming movies is consistent, there’s no reason why that should change. In fact, if the future movies are quality, things can only get better for Marvel. Everyone loves a good series, and Marvel’s movies promise to be an ongoing and expanding series like nothing we’ve ever seen in mainstream cinema. They will pull in, if they haven’t already (and dollars to donuts they have) those who don’t read comics but love sci-fi and fantasy series’ like Lord of the Rings, or even those who just like stories that keep on giving. As long as the overall weight of the expanding universe doesn’t drag down the individual movies, love for the whole series will increase exponentially.

The second is that making movies about possibly second-string-ish but still fully developed characters gives Marvel more creative freedom. Despite Ant-Man being a member of The Avengers, he doesn’t have the pull and wide recognition of Iron Man or Captain America. And while Brian K. Vaughan’s Runaways was a great series, since it doesn’t often cross paths with a lot of the more enduring characters, even core Marvel readers may not have picked it up before. By greenlighting some less familiar faces, I’d say Marvel has the leeway to be a bit looser with the source material if it will result in a better movie. Similar to what DC has tried to do with the New 52 comics, Marvel can make these characters accessible to the modern audience, but in an easily digested format in which it’s already accepted that stories may be adapted to serve the medium. I see this as a strong benefit, because often being too enmeshed in the sometimes complex source material can drag a movie down. Thanks to the successful movie platform they’ve built, Marvel now has a great opportunity to introduce some less known characters, including to casual or even serious comics readers, for the very first time through the movies, as they continue to build a more and more of a “realistic” and layered movie world that viewers can lose themselves in.

So I predict that Marvel’s method of movie-making (say that three times fast!) is going to keep working for them. And with that in mind, even though Marvel’s got a super-awesome and full line-up in mind already, here are some other (slightly more minor) characters I’d love to see greenlit for movies:

Taskmaster – He’s a villain, he’s a hero, he’s a villain, he’s a…oh, who knows. Probably not him. All I know is that his backstory is already intertwined with S.H.I.E.L.D. (and Deadpool!) so he could be woven into the overall movie universe; and that he’s fun to read about. And that I’d like to see those photographic reflexes at work on the big screen.

BAD Girls, Inc. – A group with ambiguously good/bad members, Diamondback, Asp, and Black Mamba have crossed paths with Captain America, Iron Man, and more. They could eventually be folded into the wider universe, but given that there are three of them with great interplay and distinct personalities, and given their eventual status as reformed criminals, I could first envision a great mostly standalone strong female action/adventure/crime-related movie with solid and engaging character arcs and redemption. Unfortunately, one of the three, Asp, has been revealed to be a mutant, so I’m not sure if there would be rights issues; but then again, Marvel is doing Runaways, and in that group, Molly is a mutant; so maybe FOX only owns the rights to mutants who have been tied to the X-Men.

Hawkeye/Mockingbird/Black Widow – Marvel’s teamed these three S.H.I.E.L.D. agents up in the comics before, and Hawkeye and Black Widow have already been introduced in the movie universe. I definitely want to see a movie featuring those two, but I like the idea of bringing Mockingbird in as well. I’d love to see a movie that casually establishes that she was already a known entity with an established history with Hawkeye in The Avengers but was just not part of that particular fight; it adds to that “layered universe” feel to have characters who have been presumably going about their lives offscreen before being brought in to the event we’re watching. Plus there’d be some great interplay between those three, and I feel like a S.H.I.E.L.D.-focused movie would benefit from a small team of fairly equal major players.

Ms. Marvel – Okay, she’s not actually a minor character. She’s a major character, an Avenger, and a fucking badass powerhouse. Despite the horrifyingly fanservicey costume, she’s a super-strong (literally) female character, and we need to see her on the big screen. Like, yesterday.

Black Panther – He’s got an interesting backstory and eventually does a stint with The Avengers, but is also powerful and important in his own right. There’s a lot to choose from in his history, since he’s been around since 1966. Also, obviously, it’d be great to see a minority character getting first billing.

…And after Marvel does all of these movies, when we’re all eighty-five years old and hobbling to the movies on our walkers…then they can finally wrap it up by thumbing their noses at us with a Nextwave: Agents of HATE movie. And then maybe close out with X-Babies to make us feel better about everything. Because awwwwwwww, X-Babies.

After all this talk of Marvel, one obvious question is: what can DC do to be more successful in the movie arena? One answer is that they can build up an interlocking universe like Marvel; and it looks like that’s what they’re now planning to do. But as they’re developing that, there are a couple of other things I’d recommend for them. One is to put a lot of energy and love into making a Wonder Woman movie a staple part of that interlocking universe, and do it right. There have been several attempts to get a modern Wonder Woman something off the ground, but the proposed TV series never came to pass, and although the modern animated movie was fun, it didn’t reach a wide audience. Wonder Woman is a major and much-loved DC character, and perfect for the current climate of successful strong female character movies. For whatever reason, though, adaptations seem to struggle with what part of her giant backstory to tell. I’d advise DC to simplify things by deciding how Wonder Woman would be living today, and picking up only the threads of her long-running story that will play with modern audiences. Look first at what makes the best contemporary story that embodies who she is, and second at how faithful each individual bit is to the preceding comics.

Another thing DC can do is to stop rebooting Batman. There have been three versions of Batman to date, and now there’s talk that Christopher Nolan will eventually be helming another Batman reboot. Now, it could be that this rumored reboot is actually going to continue the story Nolan left us with at the end of The Dark Knight Rises and connect it to Man of Steel and other DC movies. If so, great. But if it is indeed a fourth iteration of a character that just wrapped a super-successful trilogy…well I don’t even know what to do with that. DC should be focusing on characters it hasn’t featured instead of relying too heavily on continuously reimagining its two staple stars, Batman and Superman. I hope it does.

Whatever happens, I’m looking forward to the movies that are in the works, and continue to cross my fingers and hope that they’ll all be amazing.

Until next week, Servo Lectio!

(And thanks to my friend @wmslawhorn for inspiring this topic while in a WSFAn’s kitchen eating brownies and drinking beer.)