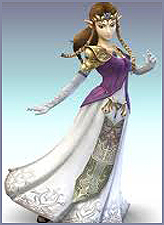 This week’s column is about two things:

1) Video games, about which I know almost nothing, and

2) Sexism in pop culture, about which I know far too much.

My son, the genius, recently sent me a link to a Kickstarter project he supports, Tropes vs. Women in Video Games, which will create a series of videos discussing the way women are portrayed in video games. Always delighted to encourage research and intelligent discussion on a subject dear to my heart, I was pleased to contribute (and also, extremely proud of myself for raising such a mensch). The project had already greatly exceeded its initial fundraising goals, but I wanted to be there in solidarity.

If you click the link, you’ll notice that the woman behind the project, Anita Sarkeesian, is articulate, well-informed, and calm. She talks reasonably about her goals, her opinions, and her research. If she rages hysterically in private (and I know I certainly do), you can’t tell from her public face.

She certainly sounds more calm that Val and I did in our somewhat similar critique on women in comics here.

And yet, she inspires a veritable tsunami of rage in people who disagree with her. On YouTube and online forums, men don’t just object to her point of view, but to her very existence. A group even hacked her Wikipedia page in an attempt to dehumanize her.

It’s ridiculous and it’s revealing of the poverty of our discourse. Nobody is forcing any gamer to watch these videos. Nobody is threatening to take away their precious sexist video games. Someone is simply responding to these games with honesty and intelligence. If you don’t like it, don’t listen.

When I was in high school I wrote an editorial about what was then a newly resurgent feminist movement. I took the radical position that calling women “chicks” or “tomatoes” made as much sense as calling men “cocks” or “zucchinis.” In response, I received more than 200 anonymous notes calling me a lesbian, a girl who, in what I’m sure they thought was a clever turn of phrase, “just wanted to be on top.” I didn’t even know what lesbians were, and after someone told me, I still couldn’t figure out what they did (I was a very naïve 16 year old). They didn’t want to refute my argument – they wanted to shut me up.

You can see how well that worked.

“But Martha,” you say. “It’s just video games. It’s just comics. It’s just movies. What difference does it make?” The difference is that the way we talk about women in our society is terrible, and it isn’t limited to popular culture. It affects our political landscape and that limits what we can do for each other. If we describe women as only those-who-are-different-from-men and not as individual humans, we miss out on a lot of talent.

We don’t have talent to spare.