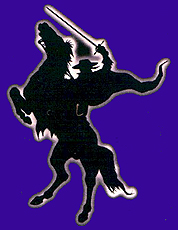 It’s beginning to appear as though we’re moving away from one of the pillars of superherodom, the secret identity. Even though this movement started back in the early 1960s with The Fantastic Four, it’s moved slowly up to the breakthrough moment in the first Iron Man movie.

Of course, that was telegraphed a few years before by my pal Mike Grell during his run on the comic book, but Marvel squeezed that back in the tubes where it sat until the movie people showed them Mike was right in the first place.

Such pettiness aside, I welcome the departure from tradition. The secret identity was almost always a stupid idea. Clark Kent became Superman to protect his friends and loved ones from harm? Okay, fine. I can appreciate that even the Man of Steel can not keep an eye on Lois Lane, Lana Lang, Lori Lemaris, Lex Luthor (well, they used to be friends…), Linda Lee, Lionel Luthor, and Leslie Luckabee simultaneously, 24/7. But let’s do a little reality testing here: all Toyman has to do is grab Agnes Applebee off of the streets and hold a gun to her head and Superman is in the exact same pickle.

There were worthy exceptions. I can see why Bruce Wayne covers up: he doesn’t want all those people inconvenienced by the Dark Knight’s activities to sue the poo outta him. Going back to the dawn of the pulp era, the incredibly wealthy nobleman Don Diego de la Vega was committing high treason every time he dressed up as Zorro: to the natives of California he was a hero, but to the Power he was a terrorist. Even then, Zorro revealed his identity at the end his first tale, The Curse of Capistrano, but author/creator Johnston McCulley overlooked this aberration in his five-dozen subsequent stories.

Arguably the first costumed hero (Spring-Heeled Jack was a villain, and was further disadvantaged by being ostensibly real) was the Scarlet Pimpernel, created 14 years before Zorro by Baroness Emmuska Orczy in 1905. He had the same excuse as Don Diego: he was committing treason, in this case against the French Revolution. He and his 19-member legion ran around rescuing their fellow aristocrats from the best of times, the worst of times. So, sure, he had a good reason for his secret identity.

But Superman? Not so much. Wonder Woman? Give me a break; army nurse turned Second Lieutenant Diana Prince was wasting her powers as anything other than Princess Diana. The X-Men? They had no lives; did they need masks because “Hey, Beast!” sounds better than “Hey, Hank!”? Doctor Strange didn’t have a secret identity; in real life, he was Doctor Strange. If the wrong people got the right idea, he’d mystically brainwash them. Spider-Man? C’mon, we’d be better off without Aunt May.

The man with one of the most famous secret identities of all time – or, perhaps, two – in fact didn’t have a secret identity at all. Were he to be unmasked, he would be nothing.

I’ll tell you about him next week.