Dennis O’Neil: What It Takes To Get Hired 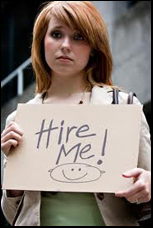 The faithful among you may recall that last week we did a backflip through time to the sixties and beheld a young journalist taking a test and being offered a comic book job that changed virtually everything about his life forever. But this same journalist, now wizened and hard of hearing and just a bit crotchety around the edges, said that no comics aptitude test exists. Eh?

That was then and this is now. To the best of my knowledge, I am the only Marvel Comics employee, past or present, to take the test. I got to know both my predecessor and my successor in the job, and neither mentioned pre-employment testing.

But people do get hired by comics companies. So – how? Darned if I know. When I sat behind an editor’s desk, I did my share of job-giving, both to hopefuls applying for staff gigs and to freelancers, and usually my choices were pretty good-to-excellent. If I had a secret, I don’t know what it was. Something to do with hunches and intuition, maybe.

But there were things I liked to see in applicants. First: simple literacy. Does this person know that the big letter goes at the beginning of the sentence and the little dot goes at the end? (Don’t laugh. Instead, ask any middle school-and-up teacher you know if all his/her pupils have this competence.) Has s/he read a book or two? Did s/he enjoy reading the book or two? Second: interest in writing (and/or editing) per se? Not just writing comics – storytelling! Until I’m proven wrong, which could happen any second now, I’ll believe that most good comics writers are writers who have a liking or aptitude (or, ideally, both) for this particular medium and if comics didn’t exist, the person would be doing poems or plays or short fiction or novels or whatever.

We’ll take a paragraph break here, mostly because I feel like doing it, and move on to third: willingness to learn. Nobody knows it all, and that includes you and me, and nobody will ever know it all, but you can know more than you do now and if you want to get good at this job, or any job, you should. (Besides, its fun to know stuff. But don’t tell the no-child-left-behind crowd.)

And finally, fourth: Does the job applicant seem to be a reasonably adult human being?  Willing and able to deliver on promises? Willing to accept compromise? Able to play well with others? Respecting but not worshipping the rules, whatever they may be? Having a closetful of Brooks Brothers suits and Hermes ties?

Just joshing about that last one.

I’m tempted to add a fifth: loyalty. But that’s something you learn about someone over time and so it’s hard to detect during a job interview and anyway, my veneration of it is probably rooted in my own insecurities.