Challenging the Storm with Don Gates

Florida native Don Gates has produced one of the outstanding New Pulp novels of 2011, with “Challenger Storm: Isle of Blood.” Published by Airship 27, with cover and interior illustrations by legendary artist Mike Kaluta, this is non-stop action in the traditional pulp mold. Gates has his pulp chops down, but he brings to these characters a depth that was absent in the early days. He recently took some time to tell us about his inspirations, his new novel, and his plans for future projects. 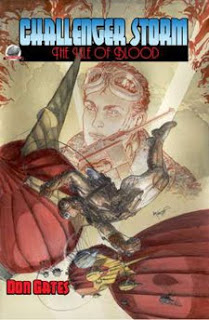