John Ostrander: What Mary Gavin Crawford Meant To Me 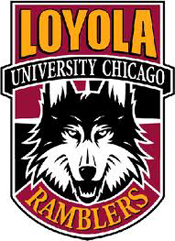 As you read this, I will be in Chicago for a reunion of those who were in my theater department at Loyola University back in the Sixties and early Seventies. The Pleistocene Era. I’ve been looking forward to the event; many of these people I literally have not seen in decades. My years at Loyola University’s Theater Department were extremely formative for me and I was gifted with many special teachers while I was there.

One won’t be there – Mary Gavin Crawford. She died a little bit more than a week ago. She, in fact, directed me the first time I ever set foot on stage. I was a sophomore in high school, having left the Catholic seminary in which I had spent my freshman year. I left because I had discovered girls. I mean, I always knew they were here – I had sisters – but there was always a sort “yuck, girls” factor before. The girls had shed the yuck factor and, having discovered girls were not yucky, I – as most teen-age boys my age – was now trying to figure ways of getting closer to them and spent more time with them.

One girl in particular went to Marywood School for Girls and I learned the school was looking for boys to be in their play that year, Our Hearts Were Young and Gay. I cajoled my buddy, Rick Rynders, to go with me and that was a pretty good idea since I almost chickened out on the steps of Marywood. We went in because he threatened to thump me if we didn’t; I had made him come all that way and we were going to do this.

We auditioned and we both got cast and it was because of Mary Gavin Crawford – Mrs. Crawford. She was tall, blonde, I think in her forties by then, thin, intelligent, acerbic and she knew her stuff. Keep in mind, I don’t think I’d been in a live theater even to watch a play at that point. So I knew nothing.

On opening night, my family came to see the play and my twin brother, Joe, much to the chagrin of my mother, afterwards said eagerly, “Mom told us to say you were good even if you were bad but you really were good!” I was and it was a revelation to me.

Putting on a play is also a group effort and I learned the basics of that as well. It’s about collaboration between all the aspects of the production. From all this, I learned life lessons as well. Being in theater opened me up, helped me question things and accept many more answers that I would have otherwise done. It brought me experiences and friends that I still have and still treasure. I would not be the writer I am without the theater because I would not be the person I am without the theater. And I would not have been in the theater without Mary Gavin Crawford.

So – thank you, Mrs. Crawford.

From – your former student, John Ostrander