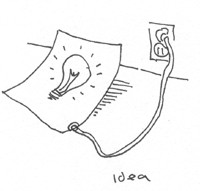 Writing can be fun. Most of the time. Even writing for profit. Or writing for fun like I do here.

And some days, it’s not. You sit down with the best intentions and nothing happens or nothing good. Like this time. I’m in a bad mood, my cats are nagging me, I feel tired and everything I write seems like crap and probably is. However, the column is due and I’d better not go back to Casablanca again. I told Mike I wouldn’t.

So I’m doing what I usually do. Sit down and type stuff and see if there’s anything useful in it.

I’m betting that, on some level, you know what I’m talking about. Doesn’t matter if it’s about writing. You’re trying to get something done and, for whatever reason, it’s just not working. It could be work, it could be a relationship, it could be just trying to fix something around the house – whatever, the fates are not aligned and it just doesn’t work and it’s frustrating as hell, isn’t it? We all know that feeling.

That’s what makes storytelling work, I think. We may not all have the exact same experiences but we know the feelings that come out of those experiences. Do I have to kill someone in order to know how a murderer might feel? Of course not. What I have to find in myself is how the murderer might feel in this given situation. Have you ever killed a fly? How did you feel about it? Most of us would feel nothing or might feel a bit of triumph or glee. It’s a pest that annoys you or it might be a threat that will bring some illness or lay eggs in your hamburger. (One of the reasons My Mary hates flies; that happened.) Different folks, different motivations.

Maybe that’s how the murderer feels about taking a human life. On the other hand, have you ever said or done something that you instantly regretted and knew you couldn’t take back? Hurt someone, perhaps ended a relationship beyond all possibility of revival? Maybe your murderer feels something like that.

As I write, I have to figure out what the character might feel and then find in myself some situation, some memory, some feeling that is similar and extrapolate from that. If I do that correctly, the reader will also – hopefully – find some feeling in themselves with which they can respond to the scene or the story and it will have greater impact.

Can you have stories without that? Sure. You can use a formula, you can connect the dots, and have something perfectly serviceable and even entertaining. You can make money doing that. The stories that stay with us, however, are the ones where we connect on some emotional level. I, as a writer, turn to the reader and ask, “Have you ever experienced something like this? Have you ever felt something like this?”

It’s the moments were that happens that a connection is made. It’s like flipping a light switch – the electricity flows, the connection is completed, and the lights come on. We share something together. We need that sharing – that empathy –to live with one another. We do that and we create something special – whether it’s a story or a civilization. One of my rules is that “Nothing that is human is alien to me” and when we deny that we deny our common humanity.

Huh. Look at that. Guess I found something to write about after all.