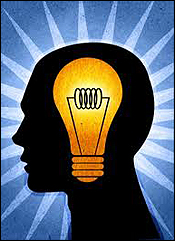 I’m convinced that there comes a time in every creator’s career when he or she has that one project that becomes the project. Be they a writer, artist, photographer, director or whatever, there comes a time when said creator realizes without a shadow of a doubt that they have created their baby.

Their triumph. Their masterpiece.

This is the project that they will not compromise on. There will be no quarter given creatively; there will be no major changes to the premise no matter what.

At the many Static Shock pitch meetings at major television networks we were asked if we would consider many changes to the original bible, which I wrote. Some of those changes bothered me, like Static’s mom being killed in a drive-by. How fucking stereotypical was that shit? But as bullshit as I thought that was it wasn’t a deal killer.

At one high level network meeting the question was asked “How about if we make Static…white?”

I said, “How about I bang your wife?”

OK… almost a true story. I did not actually say the part about his wife. But the network executive did suggest we make Static a white kid, which to me was just as fucked up as me asking to bang his wife. I did think about responding to him with the wife thing but he had a photo of her on his desk and lets just say…ugh.

Many changes were made to the original Static bible. Some I thought were good many I thought sucked. The show was a different story. I thought the show worked on every level regardless of my personal feelings towards the changes to the original bible. Static Shock was handled wonderfully and I have nothing but good things to say about the show.

But Static Shock was not just my baby and I had little to do with the show once it was on the air. But, I do have a baby.

Actually, I have three babies…damn I’ve got the perfect black father joke but I’m going to let it pass… like child support.

Those are my babies and I’m blessed to have the Dark Horse deal and excited about the future of The Adjuster but there is one project which I consider my masterpiece.  I won’t mention the title as it’s currently being considered at a major publisher but I will share with you its journey that is a festinating one. I’ll call it Project X.

In 1998 I had a vision of what I thought was the greatest idea I’ve ever had. The idea was so good it scared me. It scared me because those types of “great ideas” usually suck. It’s never a good idea to think that your idea is a great one.

I decided to ask three of the best writers in the industry if they thought it was a good idea. I asked Keith Giffen, Lovern Kindzieski and David Quinn.

They all said it was a great idea. Not a good idea, a great idea. Keith Giffen called it one of the greatest ideas he’s ever heard.

That’s Keith Giffen who said that.

After telling those three guys, I ran it past Dwayne McDuffie. He said it was such a good idea he wanted to write it. Not bad eh?

So, with all that love from four of the best in the biz I decided to pitch the idea to DC Comics and I did.  And…I sold the idea.

Then things got a bit crazy. Nope, a lot crazy.