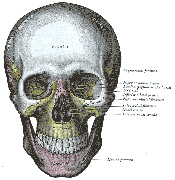 Hardly a day goes by without my asking myself “How did all this crappy art get published?”

Now, before all you upstarts get bent out of shape, please appreciate the fact that I’ve been asking this question since about the time Freedom 7 was launched. (Note to self: After gawking at Brian Bolland’s Blog, please don’t look at anybody’s comics art for at least three hours. You’re not giving them a chance.) The difference is, there are a hell of a lot more comic books being published these days. Whereas I think the comics medium beats out Sturgeon’s Law, there’s a hell of a lot of crappy art out there, and much of it is below what I consider to be professional standards.

Over my career I’ve spent a great deal of time evaluating newbie portfolios, and while I feel doing this at the larger, crowded conventions generally gives the young wannabe short shrift, like most geriatric editors I’ve developed a mental go-to list of comments that, if followed, will likely give direction to the newcomer. Since I’ve grown anti-social of late, I’ll share some of these points with you.

Stare at something other than the comics you grew up with. And don’t spend all that much time staring at comic books published before your birth – yeah, study the classics like Toth, Kubert, Kirby, Kane, Maneely, Wood, Adams, Barks and Toth, but learn from the great newspaper strip creators like Milton Caniff, Frank Robbins, Floyd Gottfriedson, Alex Raymond, and Frank Godwin. Spend some time gawking at the great illustrators like J.C. Leyendecker, Maxfield Parrish, Norman Rockwell, Howard Pyle, and NC Wyeth. Go to a few art museums. There is no more enjoyable way to pay your dues.

Get a large jar and label it “Photoshop Copy Machine.” Every time you use Photoshop or any other graphics program to copy your art so that you can use it later in lieu of drawing something new, put $20.00 in the jar. When you fill it up, donate the money to The Hero Alliance or CBLDF. The eye tires of the same old stuff, particularly when you repeat the same image within a few pages. Sometimes there is a solid storytelling reason to rerun your work within the same story, but like all dramatic effects these are few and far between and should only be used sparingly.

Get a smaller jar and label it “Son Of Photoshop Copy Machine.” Every time you use Photoshop or any other graphics program to copy somebody else’s art, put $10,000 in the jar. Then find some other fulfilling way to make a living. I suggest procuring a domino mask, a striped shirt, and a gun.

There’s an old adage that proclaims “color will save it.” More often than not, this statement is attributed to the late DC Comics production whiz Sol Harrison, who got his start as an engraver on Superman #1 and in his spare time did watercolors. Unfortunately, Sol was wrong. Color will not save bad art. Not even the most heavy-handed computer color. Bad art is bad art. Or, to be less subtle, shit stinks.

Go buy a copy of [[[Gray’s Anatomy]]]. Not the teevee show, silly, the book written and drawn by Henry Gray first published 154 years ago. Whereas the book has been updated frequently, the human body has not. I am not concerned with your religious predilection, but no matter which hoary thunderer or cosmic muffin you might worship, if you intend to draw the human figure for a living this is your new bible. I cannot stress this more highly.

Study storytelling. As the artist, you carry the burden of telling the story. You are not an illustrator illuminating somebody else’s story: you’re the person putting it across the plate. Your friend over there should be able to get a good sense of the story by looking at your unlettered original art. Go get Will Eisner’s Graphic Storytelling and Visual Narrative, and Will Eisner’s Comics and Sequential Art: Principles and Practices from the Legendary Cartoonist and Scott McCloud’s Understanding Comics. Take these three books, add the aforementioned Gray’s Anatomy, and don’t pick up the pencil or the Wacom tablet until you have studied and thought about each and every word in these four books.

Don’t give up. A newbie comic book artist who had just blown a couple deadlines once told me “If I can’t do this, I might as well flip burgers.” Well, today this guy is not flipping burgers. He became a comic book writer.

Drawing comics is no different than any other vocation: you’ve got to learn your stuff. Don’t look at the worst people being published and say “I can do better than that.” We’ve got enough crap. Aim high and don’t jump into the water until you know you can swim to the other side.