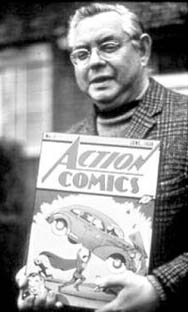 Today the seemingly endless Superman heirs copyright suit might have truly leaped its final bound. Just over a month after lawyer Marc Toberoff petitioned the 9th Circuit Court of Appeals for a rehearing of opinion in favor of Warner Bros, the court has said no. “The panel has voted unanimously to deny the petition for rehearing,” said the order issued today. In saying no, the 9th Circuit closed the door on any more requests from the heirs of Superman co-creator Joe Shuster.