A RETROSPECTIVE FOR HOWARD HOPKINS

This piece was arranged immediately following the announcement of the passing of Howard Hopkins, noted Pulp Writer/Editor.   It is published now as those participating have all completed their thoughts and remembrances. 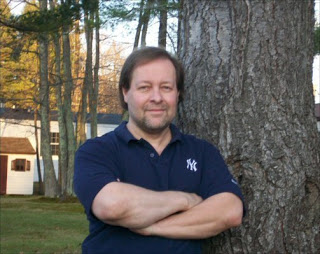 My friendship with Howard Hopkins, and I can definitely refer to it as that, was one of emails, keyboards, and computer screens. I’d only seen Howard in the occasional image on his Facebook page, most notably that pic of him leaned against a tree. But it was also a friendship founded on mutuality. We were both writers, we had a massive jones for Pulp and genre fiction in general, and we were both fairly active in pursuing that love for that sort of thing in our own ways. From my side, there was also a basis of reverence in a sense. That may sound corny, but it’s true. There have been a handful of writers I’ve looked up to for a long time, long before I was published or a publisher myself. Authors who I recognized were working in New Pulp before it even had that name attached directly to it. It was a short list initially, mind you one that has grown over time, but of the few names that were on that initial list, Howard Hopkins was one.
As sudden as Howard’s passing was, his effect on me and, as I’ve learned, other writers and I think in the long run on the field of Pulp fiction in general, has been a gradual, ever growin
g positive one. Whether or not he was tackling a known character from the vast library of Pulp and literature, editing the work of others putting their own brand on what has come before, or crafting all new tales to terrify, tantalize, and tease from his own expansive imagination, Howard always brought something extra to what he did.
There was a vitality, a strength, an ever present energy to Howard’s work, to even his email interactions. You could sense it, it was this palpable wave of excitement, of happiness to be digging his way into this work that wasn’t just a job, but more of a life’s work for

him. Our first long extensive correspondence began a few months ago as I was considering stepping up my efforts in the Western genre and, if you didn’t know this already, one of the strongest modern voices in that field as far as I’m concerned is Howard Hopkins. As he outlined for me his thoughts on how I could accomplish that and gave me tips and hints, he also did something else that I’m not even sure he was aware of. These emails, some of them simply a few lines in response to my queries, read to me like adventures all their own. The very sense of Howard’s true passion for the craft of writing and genre work bled through in each and every word. Even though he was looking at moving away from that corner of genre a bit and really wanting to put his effort into his other work, such as the Chloe Files, I still saw the burning need to write, the childlike giddiness of being a part of this field, that Howard had. He poured into his work, into his editing, into his Facebook statuses even.
And that doesn’t even touch the actual work itself. If you’ve never read a Howard Hopkins tale, you’ll find in it all the staples of whatever genre he decided to work in, but there’s more. Howard is in everything he wrote. And I don’t just mean the way that it’s assumed writers write from their own experiences and we pour a little bit of ourselves into the narrative. It’s that energy again, that exuberance, that unbridled love for what he crafted, it’s in everything I’ve ever read that Howard wrote and it’s the reason I kept reading things by Howard after the first one I’d ever read. 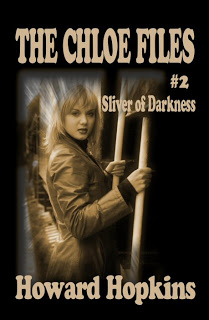 Some will think this retrospective is late, that it should have been done as most others were in the days just after Howard’s passing. I don’t apologize for that, it is coming when it was right for it to come for me. Others may see this as maudlin or ‘too much’ from someone who admittedly only knew Howard via the internet and from reading his books. To them, I’ll say this-What better way to know a writer than through that which he believed he was born to write?
Howard is fondly missed and will continue to be a presence in the Pulp world, as his wife has pledged to continue his work. I actually have a small part in that as I’m the editor on a collection that will contain one of the last pieces Howard submitted for publication. In times like this, we often say that an artist’s work will continue to live even after he has passed. How long that work has life, however, depends on how much life its creator gave it at the moment of its birth. Based on that, Howard Hopkins will be around long after the rest of us are gone.
From Martin Powell-
I still cannot bring myself to talk, or write, much about this. It is a profound, unexpected tragedy. Howard and I had known each other for several years and he was like a brother to me. We shared our ups and downs, and our thrills and frustrations. I last spoke with him Wednesday evening, a day before he died. How horrible. How unfair. Howard was a tireless professional and a genuine gentleman. It was a privilege to be his friend. He was one of those rarest of men, a real “good guy”, as loyal and true as the heroes he so vividly brought to life on the page. I’ll never stop missing him.
Martin Powell
Share