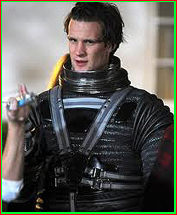 I’m having a good case of writer’s block today.

You know how a few weeks ago I talked about what it’s like to be a writer? One thing I didn’t mention was the awfulness of staring at a blank screen – or a blank piece of paper for those who still use a typewriter, and yes, they are out there – without a clue in the universe of what you’re going to write about.

That’s when procrastination sets in.

After a half-hour, or maybe even an hour, of sitting at the computer and absolutely nothing is coming, I suddenly realize that the bathroom really needs to be cleaned. I gather up the Comet Bathroom Cleaner and the SOS and go to it, attacking the bathtub and the toilet, the sink and the floor. I Windex the mirror. Then I decide to rearrange the shelves. Then I realize that I need to put some clean towels out.

And still nothing comes.

I pick up the pile of comics that’s lying on my rocking chair. DC’s Legion: Secret Origin #2. Superman #3. Star Trek #3 from IDW. A bunch of others. Nothing sparks my interest really. I throw them back down and go into the living room. I slept on the couch last night, falling asleep while trying to stay awake and watch The Best Of The Dr. Who Christmas Specials on BBCAmerica. The blanket and pillow are still lying on the sofa.

I fold up the blanket and put it away, throw the pillow back on my bed. I sit down at the computer again.

Fifteen minutes later I’m back in the living room. I’ve been watching Battlestar Galactica repeats on BBCAmerica and all the commercials have been driving me mad – plus it annoys me that they cut out the “Previously on Battlestar Galactica” and I’m sure they’re cutting other scenes out too. I resolve to pull out my DVDs of BSG, watch an episode or two, and then sit down and do the column. It’s only 2 P.M.; lots of time left. I put Disc One of Season Four into the DVD and sit down to watch.

Okay, this is bullshit. Mike is going to kill me, and I’m being really, really unprofessional here.

Back at the computer. Maybe I should write about Christmas Eve.

Drove down to my brother and sister-in-law’s with the parents, Alixandra and Jeff. The plan was to be at my brother’s in time for the start of the Giants-Jets game, which started at 1. Alix and Jeff were supposed to pick me up at 10; they got to my house closer to 11. The radio was turned to NPR and Wait, Wait, Don’t Tell Me (which is one of my favorite shows on NPR) was on, and surprise! surprise! – Neil Gaiman was the guest. Haven’t seen Neil in too many years to count, so it was fun to listen to him play “Not My Job” and answer questions about Will and Kate – he nailed them, and so won Karl Cassel’s voice for some guy from Chicago’s voicemail; no, it wasn’t you, Mike.

Settle down at my brother’s to watch the game. First half – well, let’s not talk about that – except for Victor Cruz!!! What a runback! What a catch! Then the second half – Gaints come alive. And then it’s deep in the fourth quarter, it’s a long game, it’s 4:18 – New York is leading by 6 – the score is 20-14 – and FOX switches to the Eagles-Dallas game because of “NFL rules.” Chaos reigns! I throw a hissy fit, I yell at my brother, “I told you should have gotten the NFL Network!” while he cursed and ran for a radio. Jeff, always a calm in the center of my storms, suggests streaming it on the computer. I think, “what a great idea!,” so I run to my sister-in-law’s computer and hook into ESPN.com. No visual, just real-time audio, so I might as well go back and listen to the radio with the rest of the family. But I stay long enough to hear the Gaints make a safety. And between the time I left the computer and got back to the rest of the family, there was an interception, a touchdown – and I still don’t know who made it – and Tynes hit a field goal. 29 – 14. And Corey Webster intercepted to end the game.

Still don’t know what the hell to write about.

Gave my eleven year-old niece Isabel the original Amethyst, Princess of Gemworld maxi-series by Dan Mishkin, Gary Cohn and Ernie Colon along with the Amethyst mini-series by Keith Giffen and the late Esteban Maroto… oh, yeah, and me! She was delighted and wanted to sit down and start reading right away – but her mom (rightly so) said no, not now. This could get me writing about the continual ignorance of the comic book business when it comes to attracting young female readers; I mean, Amethyst was back in the 80’s, and the honchos are still trying to figure it out? Some things, as the saying goes, never change.

I could tell you about how we all stuffed ourselves on an introductory course of smoked salmon, white fish, and smoked trout on various breads and crackers served with bloody mary’s, followed by a dinner of tender romaine hearts with baby cherry tomatoes in a vinaigrette dressing, braised beef tenderloin in a garlic and horseradish sauce, roasted cauliflower with parmesan, latkes (potato pancakes, as I mentioned last week) and fresh grilled squash with red onions sprinkled with honey; followed by an upside down orange polenta cake served alongside a Carvel “Frosty the Snowman” ice cream cake.

What else could I write about? Don’t feel like saying anything about politics this week. Well, I could talk about the House Republicans trying to block the extension of the payroll tax cut and how they had to cave and how the “orange man” sounded like a fool when he tried to make it a Republican victory, but, nah, just not in the mood.