What Publishers Don’t Do 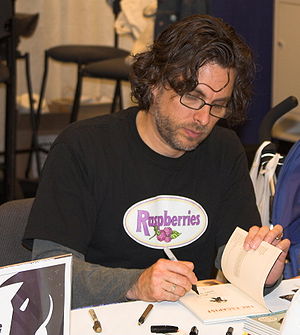 This week’s tempest in a book-pot was sparked yesterday by the fine writer Michael Chabon, but it could easily have been any one of a thousand other authors. In an interview with the Washington Post, occasioned by the upcoming flood of his back catalog into electronic formats, Chabon complained about his royalty rates:

When it’s comes to royalties on a paper book, that rate (25 percent) is completely fair when you think of the expenses a publisher takes on — the delivery trucks and the factory workers and the distribution chains. But it’s not fair for them to take a roughly identical royalty for an e-book that costs them nothing to produce.

There have, of course, already been a dozen or more impassioned blog posts and hurt tweets, from various publishing folks, taking offense at that “nothing to produce.” It is wrong, and horribly wrong, and all of us who work in the business know how much time and effort and agida goes into turning a manuscript into a readable ePub file, or its multifarious brethren. And that’s only the beginning of the process — merely making something exist is the simplest part. One might hope that we all could take that as read by this point — that Publishing, as a verb, is much larger, and encompasses many more complicated, useful, necessary processes than the simple printing and warehousing of books.

We clearly can’t take that as read: we might know it, but no one else does. It may be stupid to hope that readers will ever understand, because there’s no reason for them to care. (How many of us care about the supply chains of the consumer products we use?)

But our authors should be different; they’re our partners, friends, colleagues. More than that, publishing could not exist without them — they’re the ones telling the stories and making the arguments and explaining the details that we’re here to disseminate. If they don’t understand what we’re doing, we’ve already lost the people who should be our closest allies.

I don’t think it’s those authors’ fault, though: this is an inevitable result of how big, mainstream publishing handles authors, and the problem lies with publishing, not with them. The Big Six houses have built a system where most authors talk to their editors regularly, their publicists sporadically, and anyone else hardly ever. So those authors don’t regularly confer with the marketers assigned to their books, might have only arms-length contact with the production editors who actually turn their words into books in bound and electronic forms, and see the entire rest of the publishing company, from sales to subsidiary rights to the web team, as a black box. Can you blame those authors for ignoring the hard work of people they never talk to, never hear mentioned, and never share ideas with?

The company I work for doesn’t operate that way, and I originally came out of Editorial myself, so it took me sometime to realize this, but it’s clearer and clearer from what authors and editors say — and, more importantly, don’t say. Certainly, the primary relationship of an author to a publishing house is through her work, and so the editor is the initial contact point — but what too many big publishers fail on is by making that editor not just the gatekeeper, but the bottleneck of that relationship.

That kind of genteel aristocratic air worked reasonably well for a long time, but this is the worst time for that kind of relationship: authors know that they can self-publish, or do many of the other options that are called self-publishing, and they can see the advantages of those options: control, immediacy, speed, flexibility. If all traditional publishing can muster on its side are the cozy relationships with a nurturing editor, then we’ll see many authors defect for the other side.

But that’s not all we can offer; it’s not what we do offer; it’s not what we currently do. And we have to become much better at both telling authors what we are doing, and in involving them in those efforts. The head of my marketing group had a great presentation at our recent sales conference — I wish someone had videotaped it and put it on YouTube, because it’s exactly the kind of thing every publishing company needs to be saying to its authors — that was a strong and inspiring defense of what full-service publishers really do, with some comparisons to other possibilities and one notable recently ended “experiment”.

Dealing with authors isn’t always easy, and it’s rarely simple; it can seem much easier to let the editor “handle” them, and work encased in the bureaucratic cocoon of your company. (And I’ve certainly made cracks about authors in my day; I’ll admit it.) But authors are demanding because they know their material better than anyone else. And the trick is to show them — not just tell them; they know the difference! — that we’re equally strong on our material, on marketing and selling and forging relationships and getting books in front of the people who want and need them.

A publishing company that can’t do that — that won’t let anyone else talk to authors but the acquiring editor, or maybe the VP of Sales & Marketing (for those top-of-the-list authors) — is one that will lose writers to “self-publishing.” Those writers might then find that doing it all themselves isn’t easy, or even possible, and might discover that there are vast swaths of “it all” that they can’t even come close to touching — but learning that would take them time and energy and expense that no one wants to see wasted. We can, and we have to, show our authors that what we’re doing for them is valuable, and extensive, and powerful — that publishing is vastly more than printing books and stacking them high in the front of a storefront.

Both comments so far have focused on the time and effort costs to create an ebook, which means that they’ve both utterly missed my point. (On the other hand, they both seem to be readers rather than publishing people, so I wasn’t talking to them in the first place.)

So let me be blunter.

There are a million people who can turn a word-processing document into an ePub or eMobi file. Only a tiny fraction of those people are embedded in organizations that can publish those books afterward. And even if a file is in up-to-date XML and recently copyedited to within an inch of its life, the resulting ebook files will still need to be published just as much as an ebook made from a handwritten 19th century manuscript.