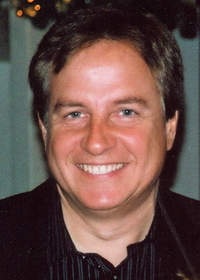 IDW Publishing announced today that Chief Operating Officer Greg Goldstein has been promoted to the position of president in recognition of his successes in helping grow the company’s business and presence in the industry. IDW co-founder Ted Adams will continue to drive overall strategy in his role as chief executive officer and publisher.

“With Greg’s help, we’ve been able to expand both the front list and back list of IDW’s publishing program,” said Mr. Adams. “I am excited about what the future holds for the company with Greg as president.”

With more than 20 years experience in entertainment, sports and video game publishing, Mr. Goldstein as president will continue to help expand IDW’s business, while maintaining oversight of the company’s day-to-day operations. Mr. Goldstein joined IDW in 2008 as the company’s first COO.

“Helping bring IDW to new heights has been very rewarding, both personally and professionally, and I am honored to take on this new role,” said Mr. Goldstein. “Each year at IDW has been better than the last, and I know we will continue that trend for many years to come, through our strategic expansion into new and growing categories, while increasing our core business of print and digital comics and books.”

As a company, IDW has grown impressively in recent years, expanding both its comics and book catalogs, and continuing its leadership in the digital space. Mr. Goldstein’s increased responsibility as president is part of the company’s strategy to explore potential acquisitions for growth.

“IDW has grown during each of the twelve years we’ve been in business to become one of the most successful publishers in the industry,” added Mr. Adams. “To further our success as a company, we are exploring new markets and potential acquisitions, and Greg’s role as president will allow me more time to focus on these avenues of expansion, while we continue to elevate our publishing program.”

The 2011 Eisner Award winner for Best Archival Collection/Project – Strips, Mr. Goldstein is a veteran transmedia entertainment executive with extensive experience in the publishing, interactive, and collectible categories, and tenures at Topps, Activision and Acclaim. A lifelong comics fan, Mr. Goldstein celebrated his 40th year of collecting last month, having attended his first comic book convention as a youngster in November 1971.

IDW Publishing is currently the print publisher of ComicMix.