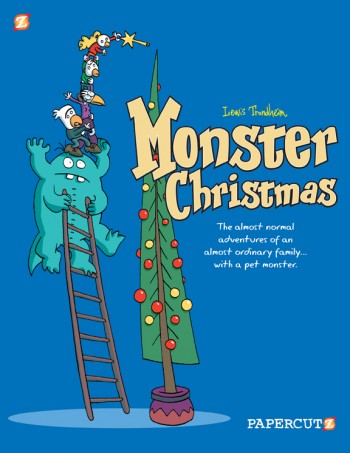 CR received this holiday effort from NBM kids’ line Papercutz in late August, meaning that any number of North American writers-about-comics will have likely written a review between the time this was written (early September) and the date it was posted (early December). It’s hard for me to imagine it won’t be generally well-received, and that many of you out there reading it won’t have some sense of it by now. This is a funny, sweet and gently unhinged story about a pre-Christmas rolling encounter with monsters and Santa Claus by characters representing what seems to be the Trondheim family, told from the vantage point of their then (it was created in the late ’90s) young children.