Oh No: “Watchmen 2” is Quickening 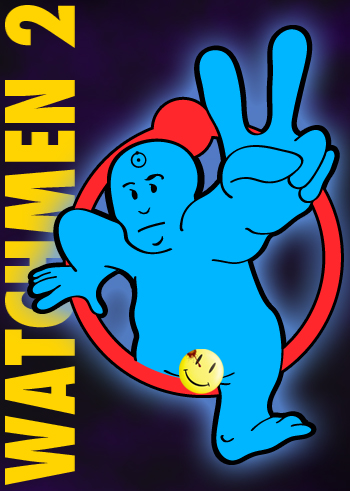 The rumors have been kicking around for a while, and we’ve even made jokes about it in the past, but now Rich Johnston reports that there’s a possibility that there may be more stories set in the Watchmen universe.

I was told before New York Comic Con that it might be back on and that DC were drawing up a wishlist of creators for a series of Watchmen prequel comics.. Well, I’ve now heard a lot more. Darwyn Cooke’s name is at the very top, linked to drawing two mini-series and writing another, followed by the likes of JMS, JG Jones, Andy Kubert and Brian Azzarello. Whether or not they have been approached, I don’t know, and no one’s talking, but it gives you an idea of the scale. I would also expect Dave Gibbons and John Higgins to be involved in some way.

via The Return Of Watchmen 2 Bleeding Cool Comic Book, Movies and TV News and Rumors.

In the end? Nothing ends, Adrian. Nothing ever ends…