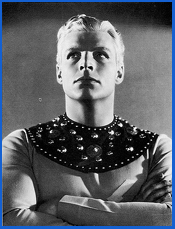 It’s happening as I sit here typing, on a Thursday, about 30 miles due south of the village where I happily abide, and, barring as always the unforeseen, I’ll be in the midst of it sometime tomorrow, mingling with armies of strangers, gazing at exhibits both exotic and banal, almost certainly meeting folks I have known for decades but seldom see whelmed by noise and flashing lights and color and celebrities and hucksters and the breath of chaos…

I refer, of course, to the New York Comic Con. (You thought I meant Armageddon? Naw… but maybe next week…) This is the younger, but extremely vigorous sibling of the monstrous (in at least two meanings of the word) San Diego Comic Con, but it is no wimpy little brother. Like Athena, springing from the head of Zeus, the NYCC arrived burly and mature, though a bit disorganized, three years ago and has been growing ever since. I’ve heard that 75,000 attendees are expected at the con site over the next four days. (At the San Diego shindig I attended last year, there were 130,000 or 140,000 con goers, depending on who provided the information.) That this event, and its west coast equivalent, could not only exist, but prosper, is yet another sign of how much comic books, that lowly, despised publishing stepchild, have changed and gentrified since I shuffled into the office of Marvel Comics about 45 years ago.

There were conventions then, sure, but they were miniscule compared to the current iterations – a few hundred or later, and at most, a few thousand avid fans who were there, not to ogle celebs or buy cool t-shirts, but to share a love of a certain kind of storytelling. You may have heard me describe (at a convention?) accompanying Flo Steinberg to my first con at the McBurney YMCA in Manhattan: maybe a hundred citizens of various genders and ages wandering around the Y’s gym, a few tables bearing stacks of old comics for sale, and the afternoon’s big deal, a group of comic book professionals on the stage discussing…well, discussing something. I was among them, and that, of course, was to laugh – me, in the business a month or two, sharing an audience with men who had given joy to me on many a summer afternoon and Sunday morning, who shaped the medium in which I labored. I wonder what I said. Probably something. Ah, the arrogance of youth…

The biggest attraction, at the Y that day, was the presence of a genuine movie star: Buster Crabbe, the screen’s Tarzan, Flash Gordon, and Buck Rogers, in the flesh. If I hadn’t been a blasé college graduate and Navy veteran who’d actually been to a foreign country, yessir, or if I’d had any sense of what popular culture is, I’d have been impressed.

But hey! I’m no greystache lamenting the good old days when, dang it, things was the way they oughta be, decent and proper. Things now are different, but they’re as decent and proper as the universe allows them to be.

Recommended Reading: Walden, by Henry David Thoreau. Hey, have you ever actually read it? Or read it since you had to do so as schoolwork?