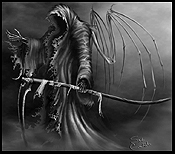 As you all know, Steve Jobs died this last week. You also know, or should from everything that has been said about him since he died, that he co-founded Apple and was the visionary that brought us the iPhone, the iPad, the iPod and the computer on which I’m writing all this. Some have compared him to Einstein or Edison and, considering the influence he’s had or will continue to have, I think the comparison is apt.

Here’s some of what Steve Jobs said about death from his commencement address to Stamford University in 2005. He’d been diagnosed with pancreatic cancer, had surgery, and hoped he had escaped it. Jobs was a reflective person, however, and talked about what the experience had taught him.

“Death is the destination we all share. No one has ever escaped it. And that is as it should be, because Death is very likely the single best invention of Life. It is Life’s change agent. It clears out the old to make way for the new… Your time is limited, so don’t waste it living someone else’s life. Don’t be trapped by dogma – which is living with the results of other people’s thinking. Don’t let the noise of others’ opinions drown out your own inner voice.

“And, most important, have the courage to follow your heart and intuition. They somehow already know what you truly want to become. Everything else is secondary.”

This has had a special reverberation for me as well. I’ve been spending the week dealing with an irregular heartbeat. My heart sometimes goes ba-dump, ba-dump, ba-dump. . . .ba-DUMP. We’ve all heard the phrase of how something or someone made your heart skip a beat. Well, mine has and I can tell you it’s not romantic; it’s a little scary.

Yes, I’ve been to the doctor(s) and there’s been a bunch of tests and there will be more to come. I’m told it’s not a heart attack. The initial diagnosis is palpitations. I’m one attack of the vapors from becoming a Southern Belle.

While this is something to pay attention to (and I am), it doesn’t appear to be dangerous at the moment. At the same time, it’s made me reflective of the fact that I am mortal and I will die. I’ve had a relationship with death all my life and I think it’s shaped me for the better. As a boy, any number of my relatives died by the time I was ten. I spent a lot of time at wakes and funerals. I saw dead people – ones I had known as living folks.

I lived across the street from our church and one bright summer morning I was on my bike in front of my house when a funeral cortege passed by heading to the front of the church. As I watched the hearse go by, I got the sense that someday the positions would be different. I would be in a hearse and some ten-year old kid would watch me pass by. As Jobs said, the old replaced by the new and that everything new eventually becomes old.

All those deaths – ones close to me like my father or my late wife, Kim, or of heroes like the Kennedys or John Lennon – have become part of me. It’s like the way artists use negative space to define objects. Death helps define life. Death has helped me define life for myself, it has entered into my writing and given it resonance.

Too often in comics we treat death as a plot device; the hero dies, the hero comes back. The grave has a revolving door. It’s a stunt to sell more books. I’ve done it myself. Some times it’s valid but it happens too often so that the death of a character really doesn’t mean anything anymore. Does that keep comics juvenile? Does it keep them from having any real resonance?

The medium itself is having death pangs in so many ways. Comic books shops are dying; print as a medium may be dying. Denny O’Neil once remarked to me that comics as a medium doesn’t have to exist; it can also be mortal. It can die.

Or it can change. The old parts die out and then get reborn. As Steve Jobs noted, death clears out the old to make way for the new. Maybe comics can benefit from a little death. It’s good to remember: nothing and no one lasts forever. That what gives life its poignancy and its value. Enjoy what you have while you have it. Love those you love while they’re here. Celebrate life; value death.