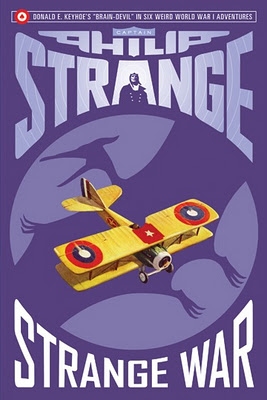 In Donald E. Keyhoe’s imaginings, the stormy skies of World War I are filled with giant pterodactyls, mystic fireballs and demon aces. But America has its own unnatural secret weapon: Captain Philip Strange. A mental marvel from birth, he was so terrifyingly effective that the Allies referred to him as “The Phantom Ace of G-2.” But to the Germans he was “The Brain-Devil,” whose penetrating green eyes were both a legend and a nightmare.

Keyhoe’s Philip Strange stories ran for nine years—from 1931 through 1939—in the pages of Flying Aces magazine. This first volume in our new series contains six exciting tales of terror skies! It also features an introduction by Sid Bradd and is beautifully wrapped up in an exciting new design by Chris Kalb! 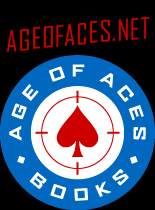 Learn more about Age of Ace releases at http://www.ageofaces.net/.