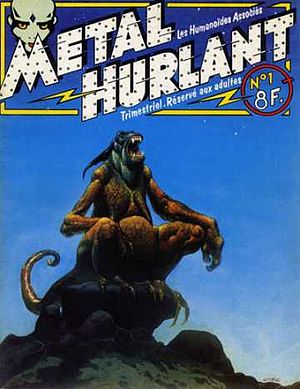 “Metal Hurlant Chronicles” is based on the French sci-fi and fantasy comics anthology that was published in the U.S. as “Heavy Metal.” The first season will be delivered in April and the second will bow in November 2012. Each episode will adapt stories from the original graphic novels. Created by comic artists Jean Giraud (aka Moebius) and Philippe Druillet in 1974, “Metal Hurlant” became a sci-fi phenom in the 1980s.