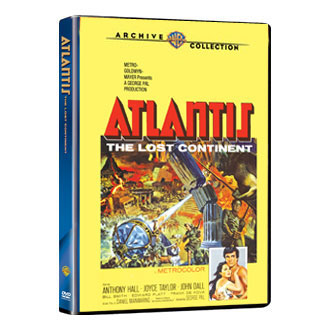 Back in the dim pre-cable days, the independent stations in New York would run movies at all hours of the day. Those of us addicted to television were exposed to movies both great and not-so-great with amazing regularity and repetitiveness. One of those pleasures was in spotting performers we knew from other roles, at different times in their careers. For me, one of those discoveries was Edward Platt, who I only knew as the Chief of CONTROL on [[[Get Smart]]]. But there he was, in priestly robes, in a tale of lost Atlantis. It was years before I remembered its name,[[[ Atlantis the Lost Continent]]]and it was even some time after that before I realized it was from director George Pal. 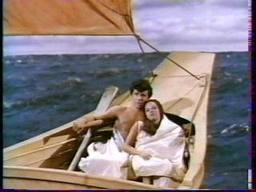 The
story tells of Demetrios (Sal Ponti, using the screen name of Anthony
Hall), a fisherman from Greece who rescues a woman at sea, who turns out to be Princess Antillia (Joyce Taylor) from Atlantis. When Demetrios takes her home, he discovers a country ignoring signs of its doom and thirsting instead for conquest. Antillia’s father, King Cronus (Edgar Stehli), is old and frail, letting the ambitious Zaren (John Dall)
dictate orders.Guiding both Antillia and Demetrious is Azar, the high priest (Edward
Platt), who previously foreswore war in favor or faith. He knows his
land’s time has come to an end and wants as many to survive as is
possible. He also wants the two to acknowledge their love and be
unified. 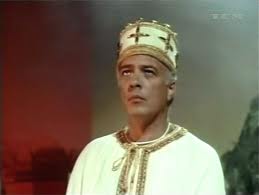 The slave uprising on the eve of war is coupled with the continent’s
volcanic eruptions that sink the land mass so the last 12-15 minutes are
climactic and deafening.

The movie has been considered one of Pal’s weaker efforts, but in rewatching it this week, I disagree. It’s not brilliant and I think the critics were disappointed since this was Pal’s follow-up to his terrific [[[The Time Machine]]] a year earlier. The movie, now available through the Warner Archive program, remains watchable and entertaining.

The film attempts to explain how similar things such as calendars and pyramids could exist in continents separated by vast oceans. The supposition, providing in opening and closing narration from Paul Frees, is that survivors of the doomed continent spread their technology and knowledge to other cultures. The Atlantis in this tale is a technologically superior culture that has remained isolated. Their society is a mix of science and faith with a belief in astrology guiding their destiny and giving prophecies as much credence as a magnetic stone pointing to true north.

The newcomer is immediately enslaved putting the would-be lovers at odds
throughout most of the film. Demetrios fights to gain his freedom but
rather than want to return home, he desires to free his fellow slaves.
Slowly, he insinuates himself in Zaren’s favor, who is so lustful for
war that he ignores warnings from the court astrologer (Frank DeKova,
known to most as the Chief on [[[F-Troop]]]).

The film’s special effects were created by Project Unlimited’s Gene
Warren, Wah Chang, and Jim Danforth. They are as good as one can expect
from a low-budget 1961 film but does the job effectively. Harming the
film to a degree is the large amount of stock footage taken from moves
such as Quo Vadis. There are also familiar props in use such as the Krell gauges from [[[Forbidden Planet]]] while the film returns the favor with the giant crystal death-ray device reappearing in the [[[Man from U.N.C.L.E.]]] while the destruction of Atlantis footage was reused three years later in [[[Seven Faces of Dr. Lao]]].

In fact, there are many little touches throughout scenes in Greece and
Atlantis that show Pal’s attention to the little things to bring
societies to life.

Warner’s Archive program doesn’t do much in the way of restoration but
the transfer is fine. The disc is devoid of extras but it’s nice having
the chance to revisit a Pal film once more.