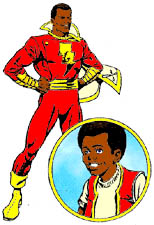 You’re rebooting your universe, and I approve. Comic books should be rebooted every decade to keep them vital. Having a younger Superman who was never married makes sense. I only have one plea: please, keep Captain Marvel black.

But everything changed in 1973 when DC expanded its universe with characters that had been published by other companies. Justice League #107 introduced the Quality Comics superheroes. Here’s that groundbreaking cover: 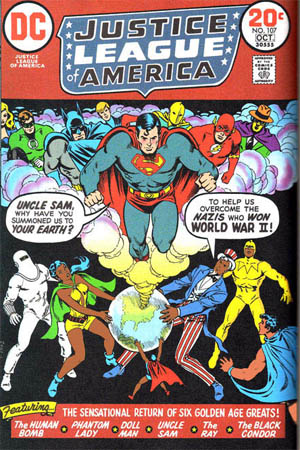 With one stroke, DC accomplished two things. One was obvious: it leapt ahead of Marvel on diversity, creating four African-American heroes, a Mexican-American Black Condor and a Japanese-American Human Bomb (which seems simplistic now, but was a daring commentary on nuclear weapons then).

Sure, DC got flak from racists who said Uncle Sam had to be white. DC bravely answered that the spirit of America could manifest in any of its citizens, and all the major media news media agreed, giving DC publicity that no amount of money could buy. Until then, Marvel Comics had threatened to surpass DC, but DC’s bold integration of its world pushed Marvel back into second place.

DC’s other accomplishment is easy to overlook now. When independent comic book companies were competing, they had slots to fill. Among them:

Imagine if DC had left the Quality characters white. They would’ve been redundant—the Spectre, Wonder Woman, Adam Strange, the Atom, the Flash, and Robotman had those roles covered. But with a simple change, DC made the DCU look more like the world of its readers.

When DC saw that sales didn’t suffer from having characters who weren’t white, they did it again with the Fawcett characters in Justice League #136 and #137: 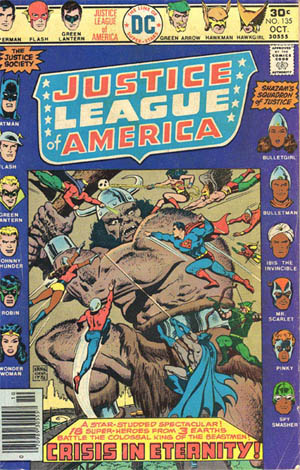 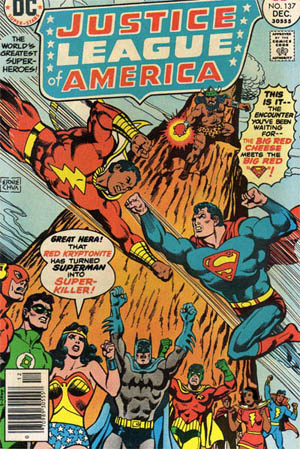  
Can you imagine what those covers would’ve looked like with all-white characters? You would think you were on a parallel Earth where Hitler won.

By making the Fawcett characters black, DC told its readers that anyone could be a superhero, regardless of race or gender. Who was stronger, the white Superman and Supergirl or the black Captain Marvel and Mary Marvel? No one knew whether a Kryptonian could defeat the magic of Shazam, but one thing was very clear: the people at the top of the power spectrum could be of any hue or gender.

Comics could sell a million copies in those days. Did the black Captain Marvel and Isis make it a little easier for Jesse Jackson to be elected president in 1988? 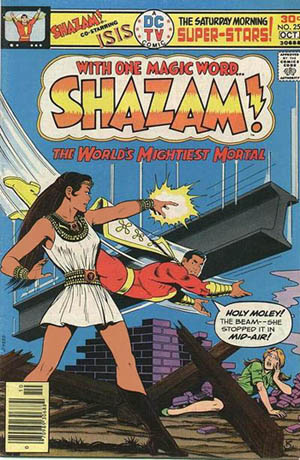 Probably not. Comics can’t change the world, even if they change the discussion for a few people. If DC had kept a white Captain Marvel, I’m sure capitalism would still be in crisis today and we would still have a moderate Republican president like Barack Obama trying to cope with the changing world.

But it’s nice to imagine that things would be a little better because DC saw a need and acted on it.

So, DC, when you revamp your universe, don’t make the most powerful men and women white again. Keep the Marvel Family black.

PS: Friends reminded me of this panel from Animal Man, which features characters this fanboy would love to see again:

And the alternate Justice League in Legends of the DCU: Crisis on Infinite Earths #1, with Earth-D’s black Superman and Superwoman: