PRO SE AND BROKENSEA TAKE NEW PULP TO THE NEXT LEVEL!

Pro Se Productions, an up and coming leader in the New Pulp Movement and publisher of New Pulp Magazines, books, and collections, announces today a partnership with Broken Sea Audio Productions, a leading name in New Pulp Audio.   Both companies have brought their impressive talents and abilities together to produce the first ever Pro Se Press Audio Magazines!
Pro Se broke onto the New Pulp scene in 2010 with a line of New Pulp Magazines.  These titles, FANTASY AND FEAR, PECULIAR ADVENTURES, and MASKED GUN MYSTERY, featured a variety of stories, both from professional as well as brand new authors and ran the gamut from horror to hero to mystery to fantasy and beyond.  Although these titles have now been combined in print into the singular title PRO SE PRESENTS, Pro Se plans to continue the three titles in an audio magazine format, thanks in large part to the wonderful people at Broken Sea Audio Productions.

“There’s something,” says Tommy Hancock, Partner and EIC of Pro Se Productions, “about these fantastic New Pulp short stories that just screams to be expressed beyond print.   When you’re reading words written by Ron Fortier, James Palmer, and Van Plexico or in the middle of a Sovereign City scene penned by Barry Reese or Derrick Ferguson or even marveling to the new talents of people like Nancy Hansen, Ken Janssens, Lee Houston, Jr., Megan Smith and more, you can hear the voices in your head.   Likewise, the extremely talented crew at Broken Sea Audio Productions, led by Paul Mannering, have this fantastic art of bringing to life stories, some with characters we all know and others with brand new New Pulp creations.  The actors and readers at BrokenSea breathe voice into pen and ink and make it leap off the page and into a whole new level of imagination.   Because of this, the partnership of these two fantastic groups as well as the merging of the work they do is a great next step in the evolution of New Pulp.”

Hancock also says that plans for both future Audio Mags as well as Audio Books of Pro Se’s line of novels and collections are definitely in process and will be announced in the near future.

The first three issues of each Audio Magazine are now available for sale at www.pulpmachine.blogspot.com as downloads.   “Although consideration was given to producing CD versions of these fantastic works,” Hancock states, “and we will have special CD versions available for public appearances and conventions in 2012 and beyond, we felt that with the advent of MP3 Players and other technology more attuned to playing a file instead of a CD, that this was the best and most efficient way to deliver this great new product.”   Once purchased, Pro Se will send the buyer a link to download the issue(s) the customer has bought within twenty four hours of purchase.

Priced at $7.50 per issue, each magazine is over 4 to 6 hours of New Pulp Audiobook entertainment.  Each magazine is read by a single reader, but the readers provide various voices and show a tremendous control of emotion and tone in each story, adding to the power and pleasure of listening to each tale.  This combined with the wonderful work of Broken Sea Producer Chris Barnes makes Pro Se’s line of New Pulp Audio Mags a definite must have for any fan of Action/Adventure/Heroic/Genre Fiction. 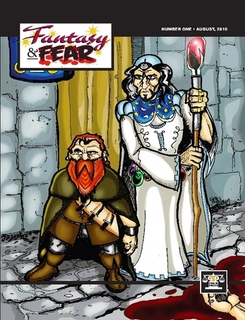 TALES OF MYTHAS: MURDER IN THE GHETTO OF TRENTONIUM By Don Thomas

THE SONG OF HEROES: LORI’S LAMENT By Nancy A. Hansen

THE MAN OF MY DREAMS By C. William Russette

THE WAY OF THE WORLD By Lee Houston, Junior

BEAST OF THE MOUNTAINS By Ron Fortier

THE TUNNELS OF LAO FANG By James Palmer

THE BROTHERS JADE: BOOK ONE by the Brothers Thomas 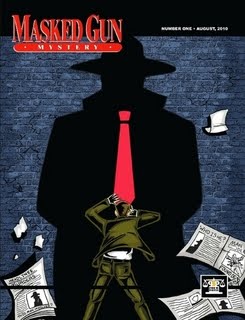 THE THINGS HE LEAVES BEHIND By Aric Mitchell

THE DAY HE FOUND THE CLOWN By Aaron Smith

(NOTE- A story originally appearing in the print issue of MGM 1, CRIME OF THE ARTS PART ONE: PROBING THE CITY By Robert E. Kennedy, does not appear in this Audio Mag because this story will be recorded in a future Audio Book as one complete story, not four parts) 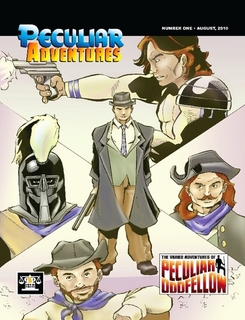 IN THE HOUSE OF MERCURY By Tommy Hancock

THE CEREBUS CLAN: CHANGING OF THE GUARD By Ken Janssens

THE SECRET WHISPERS OF EACH OTHER’S WATCH by Derrick Ferguson

PERRY LELL, GIRL OF A THOUSAND EARTHS IN DANCING OUT OF TIME By Megan Smith

ONE GOOD EYE By Tommy Hancock

THE MESSIAH OF MURDER By Tommy Hancock

Follow Pro Se at www.pulpmachine.blogspot.com and check out BrokenSea Audio at