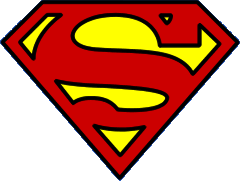 Time to adjust your movie calendars as Warner Bros admitted today that having Zack Snyder’s Superman: Man of Steel film for Christmas 2012 was impossible. The new date is now June 14, nestled between two Marvel sequels.

Given the effects-heavy movie’s post-production requirements and the fact is has yet to start shooting, it seems likely that production concerns forced Warner’s hand. It’s also theorized that the testosterone-laden film might not play as well during the holidays given the Academy Award contenders that normally crowd multiplexes during that time of the year. There are also other genre competitors that will suck up screens, complicating the planned release including Warners’ own first installment of Peter Jackson’s The Hobbit in addition to Disney’s planned reboot of The Lone Ranger. Back in the far simpler 1970s, Superman the Movie opened for the holidays and performed quite well and Warners was hoping for lightning to strike twice.

Instead, it will now face off against similar competition bringing May 3 with Iron Man 3. DreamWorks’ kid-oriented Turbo precedes Superman on June 7 and is followed by Pixar’s Monster University on June 21 so there’s little live-action, adult competition and now studios know which weekends to avoid. Marvel’s Thor 2 follows a month later on July 26.

The extra six months will afford Snyder plenty of time to perfect the script, which has to be note perfect after the disappointment of this summer’s Green Lantern. It also means producer Christopher Nolan will be done with his The Dark Knight Rises in plenty of time to have a more active role in overseeing the production.

TimeWarner has to release the film in 2013 to satisfy legal obligations arising from the Siegel Estate’s lawsuit that saw elements of the Superman mythos awarded to them, the repercussions of which are being seen this fall in the Superman reboot from TW’s DC Entertainment division.