Twentieth Century Fox and MGM Home Entertainment have come up with some cool packages that will make shopping for Father’s Day a lot easier. Below is their press release detailing the television series and feature films that are part of their library and aimed squarely at dads of all ages.  Here are the details:

Twentieth Century Fox Home Entertainment and MGM Home Entertainment’s twelve-month campaign, Year of A Million Moments, continues by recognizing heroes during the month of June. Between heroes from movies like Oliver Stone’s masterpiece PLATOON, the underdog fighter in ROCKY, or the comedic spy father in TV’s AMERICAN DAD, pay tribute by logging on to www.YearOfAMillionMoments.com for the opportunity to win $1 million dollars!

As an added bonus for Father’s Day gifts, up to $12.00 ‘Hollywood Movie Money’ to see X-MEN: FIRST CLASS will be available for consumers to print at home to use towards the purchase of a movie ticket. This exclusive offer is only available with the purchase of select Blu-ray titles including Quantum of Solace, Mad Max, Escape From New York, X-Men Origins: Wolverine, Live Free Die Hard and Max Payne. 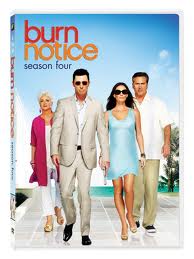 Florida seemed like the perfect place, except for a Chicago detective who finds the weather is always sunny with a chance of murder in The Glades Season 1.

Experience murder, mayhem and manipulation in the urban thriller N-Secure.

Dad’s will have the chance to watch these films in 1080p high definition and also learn a bit more about the films themselves with the included companion book.

Butch Cassidy and The Sundance Kid are two Wild West outlaws who flee to Bolivia after a notorious bank robbery. Starring Paul Newman and Robert Redford.

As a formidable war vessel approaches, a British captain pushes his crew and ship to the limits in Master and Commander: The Far Side of the World. Starring Russell Crowe and Paul Bettany.

Rocky is a small-time boxer who gets the opportunity of a lifetime to fight in a heavyweight championship. Starring Sylvester Stallone.

The Terminator is a human-looking, unstoppable cyborg out to kill a young girl. Starring Arnold Schwarzenegger.

The remastered iconic drama Platoon (25th Anniversary) captures the powerful story of one soldier to defeat the enemy and conquer his own demons. Winner of four Academy Awards. Directed by Oliver Stone and starring Charlie Sheen.

The crew of the spaceship Nostromo fight for survival in the far corners of the galaxy. Available for the first time as single Blu-rays, Alien, Aliens, Alien3, and Alien Resurrection star Sigourney Weaver.

A rising high school football star has All the Right Moves, until a clash with his coach threatens to end his dreams. Starring Tom Cruise and Craig T. Nelson.

A group of military cadets take over their school to save it from closing in TAPS. Starring George C. Scott and Tom Cruise.

Hotel Rwanda began as a shelter for displaced refugees… but it became the beacon of hope and safety amidst violent chaos. Starring Don Cheadle and Sophie Okonedo.

Leaving Las Vegas was the only option for a suicidal alcoholic, until he met an alluring hooker in a profound love story. Starring Nicolas Cage and Elizabeth Shue.

The chilling and controversial hero of The Manchurian Candidate may be a pawn in a diabolical political plot. Starring Frank Sinatra and Angela Lansbury. 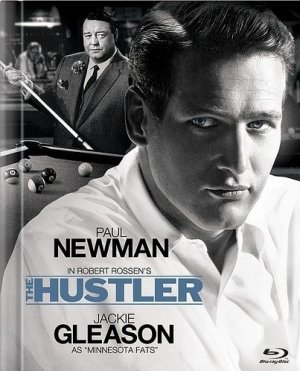 A beautiful divorcee befriends an awkward trio of friends called The Misfits, and experiences an exhilarating ride towards personal freedom. Starring Marilyn Monroe and Clark Gable, in their final film appearances.

A Prohibition-era comedy follows two musicians who dress in drag to form an all-woman band in Some Like It Hot. Starring Jack Lemmon and Marilyn Monroe.

Leading a troop of union defenders into the deep south, a pair of Horse Soldiers face the most difficult challenge of the war. Starring John Wayne and William Holden.

Dead Man Walking is a poignant tale of a death row inmate who finds redemption with the help of a compassionate nun. Starring Sean Penn and Susan Sarandon.

Even a smoking, swearing gambler called The Hustler (50th Anniversary) has a weakness – a beautiful woman. Starring Paul Newman and Jackie Gleason.

John Wayne is the original Texas Ranger in The Comancheros (50th Anniversary), directed by Michael Curtiz.

Tigerland is a warzone far from the U.S.A., where only the courageous and loyal return. Starring Colin Farrell and directed by Joel Schumacher.