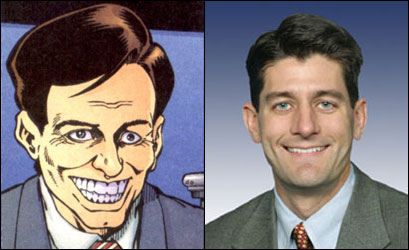 Swipe File is normally Rich Johnston’s beat, but since he’s not into American politics, he might not catch this one.

On the left is Gary Callahan, a.k.a. The Smiler, from Warren Ellis and Darick Robertson’s Transmetropolitan

. On the right is U.S. Representative Paul Ryan (R-WI), Chairman of the House Budget Committee and who we should note is not Paul Ryan, the comics artist for Fantastic Four, D.P. 7, Quasar, and The Phantom.

One of these individuals has good looks and a certain amount of charisma, but has no empathy for the lower classes of society. He has designs on the presidency, and will cut odious political deals to make that happen, all while being fawned over by right wing pundits and a segment of the voters who are convince that he will save us from “the Beast”.

The other, of course, is a character out of the comic books.

For further comparison, consider this page from Transmetropolitan #41, and remember that this came out over 10 years ago. Sounds like something Ryan could have said last week, when he tried to shut down the U.S. federal government. 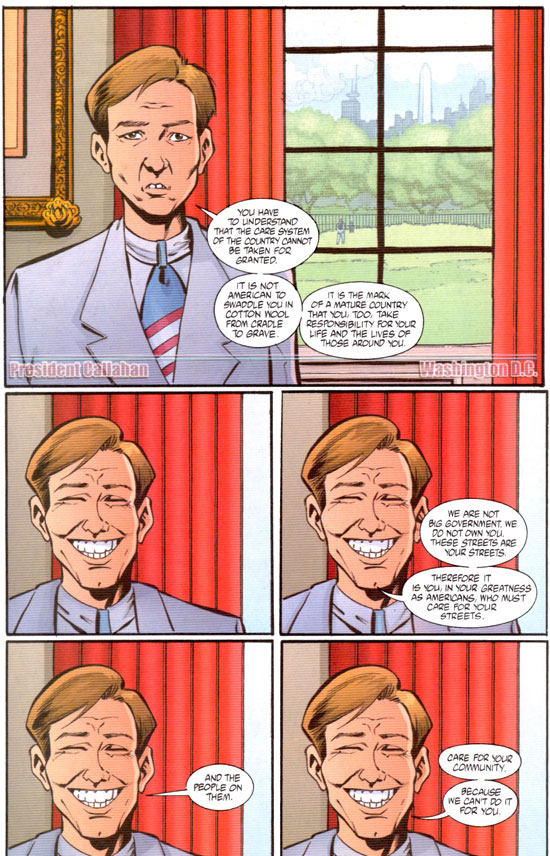